The issues which Albania faces in the implementation of the integration process start with the lack of a functional democracy, the lack of rule of law, the economy that consumes itself without producing anything and the autocratic mentality of rule. 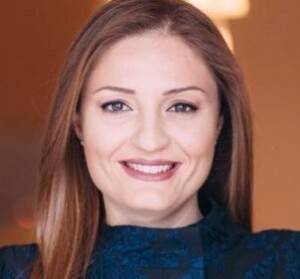 The European integration of Albania has been a long and arduous path for 29 years. Regardless of Albania’s position and will to become part of the European family and values, the difficulties have been various in both the internal politics, as well as in the EU’s labyrinth of enlargement.

The issues which Albania faces in the implementation of the integration process start with the lack of a functional democracy, the lack of rule of law, the economy that consumes itself without producing anything and the autocratic mentality of rule. This makes it impossible to educate our citizens with European behavior. Albanians are Europeans in their values and in their spirit, as long as they have lived for many years abroad in the EU countries and managed to get integrated. Then, they become our best ambassadors. However, how much are citizens living in Albania aware of our responsibilities in becoming part of the EU? Are they fully aware that the process of integration includes the need for deep changes, transformation and reformation? Even when it comes to the relationship of the citizens with the state or the law and the culture of respecting the institutions and the state.

The extreme political polarization, the weakened independent institutions (especially the judicial system), the inability to reach compromises, the extreme economic and social polarizations, the corruption, the visible marginalization of certain communities and places – have been serious obstacles for a normal development of the country. Undoubtedly, all of them represent big challenges that should be faced in the sense that our country should continue forward with the integration process.

Our journey is closely linked with the other countries of the region, especially with North Macedonia. Meanwhile these countries had other external issues carried at the bilateral level while unfortunately, Albania was punished because of its internal issues. This has caused stronger links between the countries, regardless if it is for the progress of the process or for blocking the process. Kosovo’s process is a conditional process because of Serbia. Reaching a mutual agreement between Kosovo and Serbia would normalize the relations and would contribute for a mutual recognition among the countries, and this is what is necessary for their membership in EU. Albania’s fate is linked with North Macedonia, and it is really sad that a country that sacrificed everything, including its identity, is obliged to wait for Albania to accomplish the 15 conditions, which are held hostage by the polarized politics and irresponsibility of the government’s leadership. As the wait for Albania is not enough, the EU, as always, continues to open issues that awake from time to time, for example – the obstructing of North Macedonia by Bulgaria because of the Bulgarian language.

All of these issues that seem as normal and solvable, in reality bring a very big risk including the delays in the process of integration. They bring conflicts and continuously risk the stability of the region and of the EU. The only efficient solution would be a green light for the continuation of the enlargement project, as one of the most successful projects of the EU. Reconfirmation of the European perspective through the approval of visa liberalization for the citizens of Kosovo and the opening of accession talks with Albania and North Macedonia would give a fresh feeling to the process. This would return the trust of our citizens, and would further develop the relations between the region and EU!

Klajda Gjosha has served as the Deputy Minister of Labor, Social Affairs and Equal Opportunities. In 2013 she was appointed as a Minister of European Integrations in the Republic of Albania and served at this position until 2017.