Jovan Ulićević, Podgorica: LGBTIQ is not just a tickbox on the European map of obligations

Home|Vicinities chronicles|Jovan Ulićević, Podgorica: LGBTIQ is not just a tickbox on the European map of obligations

Jovan Ulićević, Podgorica: LGBTIQ is not just a tickbox on the European map of obligations

Montenegro is seeing textbook examples of anti-gender movement strategy, which is regressing democracy and bringing to positions of power the right-wing, clerical current, which instrumentalizes the violation of human rights of women and LGBTIQ persons for political and material profit. 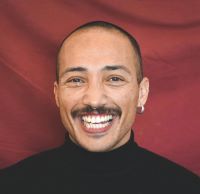 The year 2022 is a milestone for Montenegro – exactly a decade of negotiations within the EU accession process, but also a decade since the first Montenegrin Pride Parade. This also happens to be a personally significant anniversary – it’s been a decade since I openly shared the fact that I am a transgender man. While we are observing the “defense of family values” and the use of Europride in Serbia to divert attention from important external and internal political issues, this is the right time to ask ourselves – what does the way we discuss LGBTIQ people say about our society?

It is a positive that the Same-Sex Life Partnership Law was adopted, but what this law did not bring us is a genuine acceptance of LGBTIQ persons which would come as a result of solidarity and values ​​that we represent as a society; it was a way for decision makers to check a tickbox on the European map of obligations. This approach strengthens the narrative that respecting human rights is a must in the process of European integration, and not a democratic maturity of society, where people are aware that a society is only good and productive when it treats all its members well.

Montenegro went from being a “regional leader” when it comes to human rights of LGBTIQ people – though I am doubtful about the quality of regional competition – to quickly becoming a country where at least five women were killed in nine months, the National Television hosted a debate on the right to abortion which respected the views and opinions of the Serbian Orthodox Church, the Minister of Economy requested a consultation from the Metropolitan of the Serbian Orthodox Church regarding the creation of a birth rate policy, all the while hate speech, also represented in the Parliament of Montenegro, became louder on all grounds, especially targeting women, LGBTIQ persons, and persons with disabilities. The high degree of tolerance and hesitation in condemning these attitudes has strengthened a violent atmosphere, in which MPs do not even apologize for their words.

“This is declaration of biological war against our people and against the Orthodox faith,” said Democratic Front MP Jelena Božović during a debate on harmonising the Law on Social and Child Protection with the Same-Sex Life Partnership Law. Jovan Vučurović, one of the leaders of the same political group, characterized the aforementioned changes as “an attack on that which is sacred, in this case on the Family”. In addition to open attacks, there is also the instrumentalization of  human rights of LGBTI persons, known as pinkwashing. That is how, for example, the National Television tried to instrumentalize the Pride Parade in order to justify the broadcast of the enthronement of Serbian Orthodox Church Metropolitan Joanikije on the Parliamentary channel. All of the above are textbook examples of anti-gender movement strategy, which has yielded results worldwide, regressing democracies and bringing to positions of power the right-wing, clerical current, which instrumentalizes the violation of human rights of women and LGBTIQ persons for political and material profit.

How are queer (and) feminist democratic movements responding to these troubling trends? Tirelessly, but I’m afraid insufficiently effectively, although research shows that support for LGBTIQ people has increased in many segments. I believe that the fight for human rights of any marginalized group has no future if it is conducted exclusively within identity frameworks. This puts a burden on all minorities to be active citizens, despite all the challenges they face, in a situation where the majority of the population does not show an enviable level of activity and civil disobedience. We need narratives that connect civil struggles, and which recognise we are all essentially burdened by the same suffering, while also recognising that without acknowledging the specificities of the challenges some of us face there is no real fight for survival of democracy.

In the midst of wars, climate disasters, extreme poverty and inflamed hatred, we do not have the privilege of being tired, nor reduced to one identity.

We also do not have the privilege of waiting to receive solidarity in order to provide it. Ultimately, the way society treats LGBTIQ people shows how it treats itself and the vision we have (and whether we have one in the first place) of what society should look like. The truncated democracy has been defeated. The question is whether this is also our defeat or if we can, in spite of it all, live in solidarity and create a different future.

Jovan Džoli Ulićević, activist, is the founder of the feminist organization Spektra, as well as the regional organization Trans Network