According to some surveys, the pandemic had a negative impact for the patriots of this region. It lowered their adrenaline; it made them not express their passionate patriotic feelings. 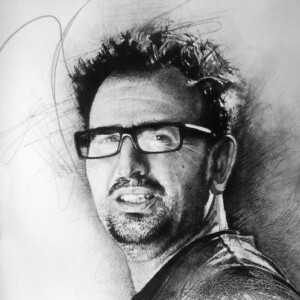 According to IQAir, these days Pristina, Skopje, Belgrade, Sarajevo, Sofia and Zagreb seem to be the cities with highest air pollution in the world. Of course, if it was really polluted air (we repeat, “if it was really”), this should have worried all of us by now and we would have been alarmed about the health consequences we may face because of it. However, there is no much space left for worrying. This thing that seems as polluted air, in reality is artificial smoke, respectively industrial, produced in the laboratory of the American KFOR in Bondstill, as ordered by CIA. Therefore, as you have noticed these days the air smelled like some strange lemon smell mixed with some oriental spices. As well, you may have noticed that when you are exposed to it for more than 10 minutes, you fall asleep, get fulfilled with hope, you have some optimist visions for the future… Well, there it is, these signs tell us that this is not a contaminated air, but simply this is an American experiment in our lands.

Now you may ask, what kind of experiment?! This is, of course, a very difficult question, and we do not know the correct answer. However, there are two allegations that seem to be very convincing. Let’s say, that according to the information we have, CIA’s smoke was meant only for the territory of Kosovo and Serbia, but the American official who was responsible for pressing the button “stop” fell asleep, so he has emitted more smoke than he wanted to, and by that the whole region got covered by it.

According to an allegation, maybe the most convincing one, the smoke was emitted in purpose because American experts delegated by Trump are conducting the feasibility of the Ujman’s lake, now renamed as “Lake Trump” (most likely, there will be another new name of the lake, a final one, “The lake of smoke”), as well as they are conducting some important arrangements for the historical agreement between Albanians and Serbs… And that is why a smoke like this one was necessary, just to avoid the possible tensions and revolt of the citizens from both of the places.

The second allegation, the one that competes with the first one by its reliability and credibility, is the one that sees “the smoke” as an experiment of CIA, which is aiming at increasing the level of patriotism among the nations of the region. According to some surveys, the pandemic had a negative impact for the patriots of this region. It lowered their adrenaline; it made them not express their passionate patriotic feelings, and so on. And of course, this was seen as a very worrying state, because a peaceful Balkan would mean less work and engagement for the European Union, so a state like this would make many European officials and citizens – depressed.

Anyhow, these two claims remain allegations, and to be honest the first one seems more reliable than the second. In any circumstances, “the polluted” air is present there, and it seems as it will remain around for a longer time, for as long as CIA needs us to conduct their experiments. On the other side, this air also has a positive side. All of those who are dealing with sleep issues, these days may finally sleep well if they get exposed to this fog… A little bit of sleep is not bad at all for us, perhaps for a few days or weeks, as long as the Americans need time to fix these Albanian-Serbian issues for peace and similar stuff…

Jeton Neziraj, playwright, manager of Multimedia Centre in Pristina, an association that deals with literature and theatre. For his work, Neziraj was awarded many local and international awards and notes of appreciations.