Anyone who recognises the great tourism potential in the municipality of Leposavic will also emphasise a systematic approach to this sector, which is necessary alongside tangible support from local government and other competent institutions. 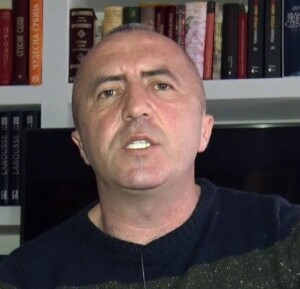 Hope for tourism on the southern slopes of Kopaonik mountain has been there for more than half a century – ever since 1964, when the first cable car was built on the north side, and when it was clear that winter tourism was slowly heating up. The promising tale about hotels and gondolas on the side that belongs to the municipality of Leposavic is yet to materialise, however. All that remains is the idea of great potential and sporadic promises.

This region, the knowledgeable will say, captivates with its beauty, surrounded by two mountains, Rogozna and Kopaonik, stretching through the Ibar valley, in a temperate climate zone and with an abundant and diverse vegetation to complete the picture. Aware of the wealth that surrounds them, a large number of people see tourism as a great opportunity and they are making individual efforts to design a variety of content and offers in order to attract long-awaited guests.

Rural tourism is a pioneering business in this region. Nebojsa Tanaskovic, from the village of Josanica, about ten kilometers from Leposavic, at the foot of Rogozna, dared to embark on an endeavour that is always a work in progress. At the moment, he and his family are building an ethno-settlement, which can be enjoyed by all those who love nature, as well as foodies – he offers a real home feast with healthy produce and traditional cuisine. On the other hand, in the village of Vuca, Jovan Miladinovic designed a real paradise for fishing lovers, building a fish-stocked artificial lake, and he adds to the offer every year by building various accompanying facilities. It is the village of Vuca, and the eponymous spa with thermal springs, which has been mentioned for years as this northern municipality’s greatest potential. Research has shown, tourism expert Nikola Radosavljevic confirms, that these springs are rich in sulfur, excellent for the treatment of skin and rheumatic diseases, as evidenced by the number of returning visitors. Unfortunately supporting infrastructure is lacking; apart from two pools in the Vuca spa, there is nothing else.

A few years ago, the tourist image of Leposavic and its surroundings was largely complemented by newly established vineyards with accompanying wineries, whose owners are trying to revive the tradition of viticulture that existed in this area many decades earlier. It is because of these and similar ideas that tourism in this municipality is taking on another dimension, which they say can become the backbone of development.

Unfortunately, the story of tourism between Kopaonik and Rogozna comes down to the enthusiasm of individuals or associations like the Kopaonik Mountaineering Association, whose members try to present this area to the general population, taking as much possible care to preserve nature and awaken interest within the local population, working on increasing media attention.

Anyone who recognises the great tourism potential in the municipality of Leposavic will also emphasise a systematic approach to this sector, which is necessary alongside tangible support from local government and other competent institutions. In this sense, we’ve not seen much movement beyond the strategy that has already been established, but which is still unfortunately just declarative. We are lacking specific projects, new infrastructure, marketing and media popularization, as well as education and raising awareness, which is much needed in this industry.

We can say that the pandemic back-tracked the development of tourism in Leposavic, but we cannot fail to mention that steps forward were never firm and energetic. Tourism remains a hope, while waiting for the tourists to come.