Ilir Kalemaj, Tirana: Why there are no extremist parties in Albania

Ilir Kalemaj, Tirana: Why there are no extremist parties in Albania 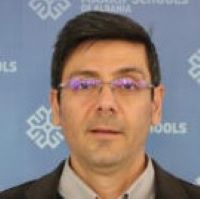 Throughout the difficult democratic transition in Albania, one of the most surprising elements is the absence of radical and extremist parties. Even when far-right nationalist or left-wing populist parties have been created, or radical groups, these have not been electorally successful and are usually extinguished after one election cycle. Albania has suffered from a real inflation of political parties, including a majority of so-called ghost parties. The number of parties registered in the CEC is over 130 political parties, while about half of them participate regularly in parliamentary or local elections.

There are phantom parties, cartel parties, cadre parties, and mass parties among them. There are among them parties that have one ideological line, parties that are simply radical, while the majority of them are populist parties. But if we take electoral success as the measuring stick of a party’s effectiveness, many of them have not had the sympathy and support of the general public. Or not to the extent that they have at least parliamentary representation or have won at least one municipality.

It is an interesting fact that Albania, unlike the former Yugoslav republics, has not had in these 30 years of post-communism any nationalist party that openly articulates an irredentist agenda or openly advocates the creation of a Greater Albania. Even a short-lived political formation like “Red and Black Alliance” led by Kreshnik Spahiu, which was in favor of an eventual union of Albania with Kosovo, had no popular resonance and was electorally unsuccessful.

The reason why far-right nationalist parties have not had electoral success can be explained by the fact that Albania has been a totalitarian and autarkic system. About a third of Albanians chose to emigrate after the overthrow of communism. Another migratory wave is happening now. This was quite different from the experience of the countries of the former Yugoslavia which had movement and labor mobility towards Western Europe during the Tito regime, who chose to navigate carefully with East and West. While after the breakup of Yugoslavia, the inter-ethnic conflict and nationalist agendas took precedence, just like elsewhere in the former Eastern Europe, such as in the Baltic countries, in Albania the spirit was leaning towards the opposite. Albanians were trying to flee their country as fast as they could, instead of being befriended by politicians with a nationalist agenda. Albanians still had in their memory a repressive state from which they wanted to leave instead of strengthening it with an expansionist agenda.

Also, the Albanian left has been an autarkic left, especially after the consecutive breakdowns with Tito’s Yugoslavia, with Khrushchev’s Soviet Union and then with the People’s Republic of China. This was completely different from the internationalist tradition of the left. Of course, this also affected the trajectory of the post-communist left in Albania, since the Socialist Party was the successor of the Labor Party, simply changing its name at the party congress in 1991. This tradition of the historical left along with the birth of a new left grouped in social-democratic formations, although it alienated a good part of the electorate who saw it as a hypocritical movement and non-separation from the past, it guaranteed on the other hand well-consolidated structures that produce stable electoral results.

So, the political terrain has not been fertile for producing extremist or radical parties in Albania during the democratic transition. The main parties that have dominated the political scene and have been and are parliamentary parties, are center-left parties and center-right parties. This happened for historical reasons and a tradition of political culture and makes Albania somewhat unique in the mosaic of former Eastern European countries.

Ilir Kalemaj is a researcher, publicist and political scientist. Holds the title of Associate Professor in International Relations and Ph.D in Political Science