Goran Djurovic, Podgorica: In our country, professional media is slowly but surely shutting down

Home|Vicinities chronicles|Goran Djurovic, Podgorica: In our country, professional media is slowly but surely shutting down

Goran Djurovic, Podgorica: In our country, professional media is slowly but surely shutting down

In captured states, like the states that are allegedly trying to join the EU, there are no base conditions for survival of professional media. 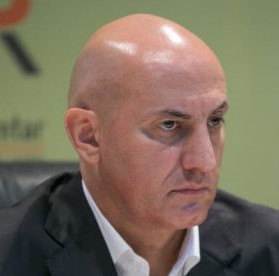 In captured states, like the states that are allegedly trying to join the EU, there are no base conditions for survival of professional media. That is why they are slowly but surely dying out. Those that still resist are actually just exceptions that confirm the rule. In captured, institutionless  states, it is difficult to compete with the so-called propaganda media machinery, which is generously financed directly from the state budget through politically controlled institutions, or public and private companies which advertise only in the ‘appropriate’, so-called media outlets.

In captured states, professional media outlets cannot survive without the support of international organizations and funds. Conditions for survival improve with democratic changes of government and liberation from autocrats who rule countries of our region. Establishing rule of law can contribute to the introduction of order in the media market and equal treatment of all media. If there is a responsible government, institutions work in accordance with the law, and regulatory bodies sanction non-professional media outlets. In countries where the judiciary simply does not work it is difficult to establish functional self-regulation, because the so-called the media outlets (which are part of the propaganda machinery) don’t strive to be better and respect professional standards, but aim to cause damage to opposing media owners. Our vicinity, in which courts reach verdicts after 4-5 years, is not an encouraging space for establishing self-regulation.

An additional problem is the cross-border influence of media that Montenegro has been facing for years. Serbian media (especially outlets with national TV frequencies, among which Pink and Happy TV are in the lead) spread hate speech through cable operators and encourage discrimination on various grounds on the territory of Montenegro as well.

High quality public policy in the media space (media strategies and laws), which should be adopted in an inclusive manner, is the first systemic step towards establishing sustainable solutions. Professional media can improve their sustainability with the help of the state and public funds, through the allocation of projects for production of content of public interest. This type of support can help contribute towards media pluralism. A possible solution is certainly to connect professional media at the state and regional levels, in order to ensure greater coverage of territory, increasing influence on public opinion, which makes professional media more attractive for advertisers. Greater precision of EU and Council of Europe standards would certainly contribute to these processes. Unfortunately this is not to be expected at the moment due to problems within the EU itself, so we will have to solve this problem (as well as other problems) ourselves.