Gezim Baxhaku, Prishtina: The connection between politics and businesses on the construction of small hydro power plants

Home|Vicinities chronicles|Gezim Baxhaku, Prishtina: The connection between politics and businesses on the construction of small hydro power plants

Gezim Baxhaku, Prishtina: The connection between politics and businesses on the construction of small hydro power plants 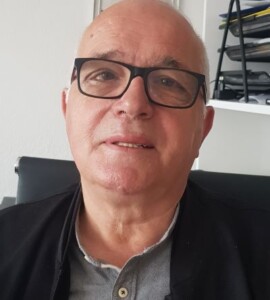 In Kosovo, just like all over the Western Balkan region, all major investments bear the stamp of cooperation and connection between political representatives and businesses.

The small hydro power plants, already built or under construction in our country, are not exceptions to this.

This is much more likely, considering that the investment for one MW of electricity, produced from water, costs on average of 2 million Euro.  This investment can be afforded only by large businesses which, in most cases, are directly related to politics.

Where does the connection of businesses with politics begin?

Any application procedure for the construction of hydro power plants starts at the Municipal Assembly. A confirmation is given there and it seems very formal, but without it, it is not possible to continue the procedure.

And this is where politics – business ties begin.

There are many cases where several entities compete for the same locations, but no doubt, it has always been approved to the entity related to the political leadership in that municipality, or to the one on behalf of which there has been an influence from higher instances.

The second step is to submit a series of requests to the central institutions of Kosovo, mainly to the Ministry of Environment and Spatial Planning.

Here it often happens that the procedures are delayed for years.

Even in this, potential links between business and politics stand out. In some cases, its corruption that works, though it’s very difficult to substantiate it.

How does corruption happen?

None of the officials of these institutions ask directly for money, but they ask the respective institutions to prepare the necessary documentation and this way they are part of the price to be paid for the environmental, flora and fauna assessments of the areas close to the rivers, etc.

When these documents are provided, the procedure continues at the Energy Regulatory Office.

To what extent is the opinion of the community being respected?

At the beginning of the procedure, all candidates applying to become an electricity operator and the Municipal Assembly should organize a public discussion with the community of the area where the HPP is going to be built.

Not only in a few cases such a thing has been overlooked.

In these cases, the main issue is the protection of the environment and the provision of sufficient water for the needs of the community, although behind some of these protests, lie the political interests of particular groups.

Gëzim Baxhaku, a journalist by profession, has worked for well-known international and local news agencies, such as AP and Radio Free Europe. Currently he is working for Beta news agency.