Ferid Agani, Prishtina: All of this has happened before

Home|Vicinities chronicles|Ferid Agani, Prishtina: All of this has happened before

Ferid Agani, Prishtina: All of this has happened before

It is important that a message carefully reaches the citizen that as many times in history, this time as well the evil will be defeated with unity and solidarity of the whole humanity relying on contemporary professional scientific achievements. 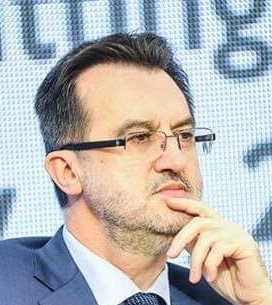 The Covid-19 virus caused a very serious disturbance in the global public health during the last century, affecting all spheres of biological, psychological and social well-being of the human society. The impact is multidimensional, so it can be compared only with the world wars. The human’s personality and their family are attacked in particular. The obligatory social isolation, the anxiety and the fear, the disconnections of family’s contacts, the collapse of the economic and material core, the disturbance of the every-day routine, the increase of domestic violence and the restriction of free movement – all of these caused an enormous increase of external and internal stress which generated anxiety, fear and extreme insecurity among citizens. Clinical manifestations firstly included exacerbation of psychiatric pathology which existed before the epidemic, but sometimes also new disorders of the mental health which mainly are generalized anxiety disorder, phobic disorders, obsessive-compulsive disorders, sleep disorders and major depressive disorders as well.

These stresogenic situations with serious psychopathological consequences are leaving every-day consequences for the physical and mental health of people of all geographical spaces, meaning from multiple deaths to serious health complications. It is obvious that the fear, the social isolation and the other circumstances created by the pandemic have prevailed not only over the immunobiology of the majority of citizens, but also over the psychological defensive mechanisms of their personalities, and by this creating space for complex  psychiatric regressive processes.

It was proved that facing these issues is very difficult and a complex process. What should be firstly done is to draft a comprehensive strategy to address the priority needs of the citizens. In this sense, the most urgent steps should be taken in the establishment of stability and economical/financial perspective of the families in need. Second, all conditions and preconditions should be met for the health system to diagnose early psychosomatic conditions, which will be generated from the suppressed and somatized anxiety which was created from the stressful chronic experiences in facing Covid-19.

Third, it is required that the plan for action in facing specific issues of the mental health to be carefully applied, including prevention, treatment and rehabilitation of the psychopathological consequences of facing Covid 19. In this sense, special attention should be paid to quality and timely information of the population about the early warnings of psychopathological disorders that manifest during the Covid-19 pandemic in order for an early prevention of psychosomatic and psychiatric disorders to happen.

Meanwhile, on the individual level it is important that a message carefully reaches the citizen that as many times in history, this time as well the evil will be defeated with unity and solidarity of the whole humanity relying on contemporary professional scientific achievements. There is no space for fear and insecurity, the current constant stress should be replaced by the positive family, social routine and by finding the happy moments with the dearest people.

Prof. Ass. Dr. h.c. Ferid Agani born in 1959 in Prishtina. He is a neuropsychiatrist, professor at the University “Hasan Prishtina”