During the years, there were so little side effects from them and millions of lives were saved with their preventive and medical role. 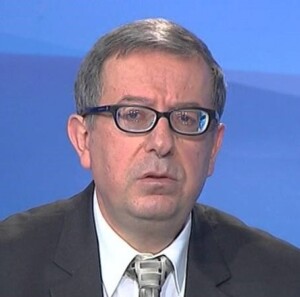 Humanity quickly was convinced that the trio of the protective measures and the lockdowns were not enough, because they just slowered down the spread of the infection.

On January 11, 2020, with the publication of genetic sequences of the SARS-COVID-2 virus, scientists, industry and different groups started their work for discovering a vaccine as the only solution for protection and end of the pandemic.

It was worked on more than 236 vaccines, out of which 173 in pre-clinic phases, 63 in clinical phases – 15 of these in the last third phase. After that, FDA and EMA authorized 2 mRNA vaccines in Europe and 2 others are almost approved. The aim is to produce effective and safe vaccines, and without these they cannot be approved for use if not assured goodly by different studies in different phases (experimental use in the laboratory, in animals, in volunteers, as rehearsal and with long clinical monitoring), that is why vaccines are a safe product. During the years, there were so little side effects from them and millions of lives were saved with their preventive and medical role.

The vaccines are diverse and they are founded on various mechanisms (popular, traditionally used), as well as in genetical mechanism, a successful innovation for this vaccination and very promising. We must specify that the urgent need for this vaccine influenced that its usage be authorized somehow quickly. This fact does not ensure us about the protective term and the efficiency against new variations of the evolution of the virus.

The vaccine as all other foreign subjects that enter the organism has its own risks. Proper preparation and training of the staff is very important:

The side effects manifest immediately after the vaccination, meanwhile the long-term ones are very rare. The risk for anaphylactic shock remains the same as for all other vaccines, which means it is not very likely to happen.

Can we be assured that the vaccine is safe when its production was so quick?

The realization and production of the three main vaccines: Pfizer/BioNTech, Moderna and Oxford/AstraZeneca – was reached for less than ten months, and usually it lasts for a decade.

Regardless of the quick time of realization, none of the stages of production was ignored. Some stages were developed parallelly with each other, for example: stage three started while stage two was still in process.

The authorities highlight that nothing was removed from the security protocol.

The vaccine trials are accompanied with long periods of waiting (fonds, sources and authorizations for usage), but because of the global intervention for ending the pandemic, there was no waiting.

Should we be scared of change of human DNA?

There is no single scientific background that proves that vaccines change the DNA, it is even physically impossible such a modification. mRNA enter the muscular cell’s cytoplasm and with the information they carry stimulate spike protein production, which stimulates the immune system to produce antibodies, therefore the organism is trained and fights the virus.

The fear that microchips may be present in the vaccine is a weird and dangerous fear. There is no single proof that this can be realized through vaccines.

Proper information should be assured by listening to scientists, experts and reliable sources, in order to start the process of reduction and prevention of this pandemic.

Dr. Fatmir Brahimaj, President of the Order of Doctors of Albania