In recent years, most European countries have taken progressive steps in applying cannabis for health use. Patterns of use vary from state to state. 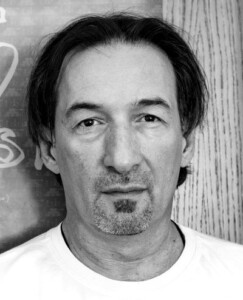 While I was looking for data to use which would help me to provide context for this piece of writing, it was clear that the situation in different parts of the world is changing very rapidly. While researching, I came across a letter from former United Nations Secretary-General, Kofi Annan, who said, “Drugs are dangerous, but current narcotics policies are an even bigger threat because punishment is given a greater priority than health and human rights”.

If we can learn from the experiences of different countries, where most of them have created models through which they have established mechanisms to deal with the increase of the number of users, and at the same time, they have established criminal structures which created small empires and also spent the state budget dedicated to units of combating narcotics trafficking.

In recent years, most European countries have taken progressive steps in applying cannabis for health use. Patterns of use vary from country to country, where some of the European countries such as France, Spain and Slovenia where the use of cannabis is allowed only for use of medicaments of cannabis origin for certain diseases, and other European countries, such as; the Netherlands, Poland, Romania, Norway, Germany, Italy and Greece which do not define the way how to use it for medical purposes.

Since 2001 Portugal has had an applicable model on drugs decriminalization, including cannabis.  In parallel, it increased funding for drug addiction treatment well as communication programs by increasing awareness campaigns.   After decriminalization, the consumption, purchase and possession of narcotic drugs and psychotropic substances for personal use, began to be punished by fines.

On the other hand, the Uruguayan government legalized the recreational use of cannabis in 2013.  Uruguayan (non-tourist) citizens who are 18 years of age or older that want legal cannabis, should register as users and choose the option to grow it at home, to get it at social cannabis clubs or purchase it from authorized pharmacies.

However, during the research, I spent most of my time looking at the arguments for and against legalization and I would like to bring two arguments that analyse the main benefits or risks of the legalization of cannabis for medical use.

Although opponents of the recreational marijuana legalisation say it will increase adolescent use and lead to more medical emergencies, and will cause a higher number of traffic deaths as a result of driving under its influence, the former United Nations Secretary-General Kofi Annan argues the opposite, based carefully on evidence from the United States, where considering the reports, it is clear that legalizing cannabis use for medical purposes, has not led to an increase in adolescent use, as opponents argue.

Eroll Bilibani is a photographer and film producer