Influencers have always been around. The first ones were called parents. Then the friend group. Then singers and movie stars. Today, it’s Azra from the neighborhood. On Instagram. 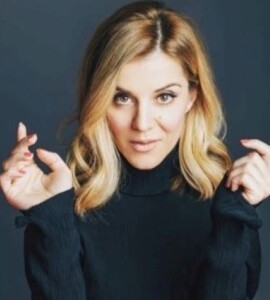 I read, on social media of course, that global brands intend to spend $500 billion on influencer marketing by ’22. I suppose that’s a lot. And I guess they are not fools either. At the same time, our public is reluctant to discuss whether being an influencer is a real profession at all, some dare to call it the profession of the future, and most mock it.

I’ve never seen a ”non-existent” occupation talked about this much.

The name is a little awkward, I’ll admit. Influencing us? What a rude thought. Normal people do not admit that they are pliable. Normal people are pliable within the four walls of their own phones. In conversations with influencers themselves, I notice that they don’t like to be addressed that way either. They prefer to be entrepreneurs, which if you ask me, they certainly are. A lot of undertaking stands behind one influencer, and very often the influencers themselves cite this argument in the struggle to prove that their profession is the real deal. I agree, so it then confuses me when some of the most pedantic among them say, ”You’re not an influencer if you’re trying to be an influencer.” Wait, I don’t understand. You’re not a doctor if you’re trying to be a doctor? That seems off. You are not a journalist if you are trying to be a journalist? Not really. Well yes! This is perhaps the most important rule of this profession – first you become it, then you try and cash it in. And global brands we mentioned, do their best to use your influence on the ”unpliable” masses of the world. And as astronomical as $500 billion may sound, marketing experts say it’s cheaper than traditional campaigns.

The rules are changing, and changing fast. The most recent one is that there are no rules. Regular, consistent instagram profiles are no longer in vogue. And  those with millions of followers are also not exclusively popular now, because they look more and more like flea markets and they are trusted less and less. Recent trends show a growing interest in the so-called microfluensers, those who have proven themselves in a particular niche, and with them you can count on a more precise target audience.

And while we deny their work, some of us even hate them, influencers have simply changed the game. And they are willing to wait for us to understand the rules. Or to simply become extinct. The postman already knows why he constantly delivers packages to the same address. The gas station guy has a smile ready and a joyful word for the Stories, because – we have a new promotion! While you’re bitter about it being a good job with easy money, just come to terms with being pliable. Influencers have always been around. The first ones were called parents. Then the friend group. Then singers and movie stars. Today, it’s Azra from the neighborhood. On Instagram. And not all Azras are mean – some will teach us to make a great cake, and others will motivate us to get vaccinated. Don’t resist it, just remember that the brain is always in fashion!