Elvir Bucalo, Sarajevo: Misconceptions and hopes on the journey to Brussels

Home|Vicinities chronicles|Elvir Bucalo, Sarajevo: Misconceptions and hopes on the journey to Brussels

Elvir Bucalo, Sarajevo: Misconceptions and hopes on the journey to Brussels

We would easily forget about EU integrations, but they are too close, the image and the difference in the treatment of them and us is too clear. And it concerns us too much… Although there is not much that concerns us. 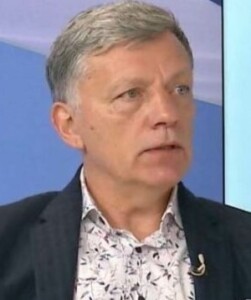 I’ll tell you a story I heard: once, the Czech ambassador was asked when BiH would join the EU. ‘When there are no plastic bags hanging from trees by the rivers’, the man said, crushing in a few words all our theories, shortcuts, moves of quick and easy leeching onto European society… Whoever I told the story to just waved their hand, as if to say ‘ah, forget it…’

We would easily forget about EU integrations, but they are too close, the image and the difference in the treatment of them and us is too clear. And it concerns us too much… Although there is not much that concerns us.

We’re not concerned about our rivers, our air, nor the open, raging corruption and crime, smiling at us in the prime times of evening news. We caught ourselves being unconcerned with our own selves. And why would we be?

I almost forgot to say, this column is supposed to be about European integration, and it’s been unadvisedly given to me, as someone who’s spent two decades living and working in the Brussels den of the Euro-bureaucratic monster. You know, the one that has a mid-size patriotic movement for breakfast, the independence of a couple national financial institutions for lunch, and at the end of the week it indulges in an exotic government of national unity. Chewing them quickly, processing them without fault, and its metabolism bringing democratic springs, premium solidarity, saviour credit lines you can’t save yourself from…

I don’t want to snap us out of all this non-concern, but I’d like our dream to forever exclude the idea of an inevitable recognition of our doubtless qualities, and the other side’s fatigue as we endlessly stare each other down: we’d like to get into the EU, and they’re not letting us in.

In order to complete the picture of BH politics and EU integrations I had to return home, where it’s made. And it was worthwhile because an esteemed member of one of the EU integration commissions opened my eyes with a simple statement: whatever we do, and we do all sorts of things, there are only a couple of million of us; this is just a droplet in almost half a billion people this country would join. All our corruption, poverty of the ordinary naive citizen, inaptitude of our leaders, daily two-figure death rates… all of this would disappear in the sea of European well-being and become nothing but a statistical error on the margins of immeasurable overall success…

I, again, stubbornly say to myself, and to the idle reader – our only salvation is to ban the mention of EU integration by law for a loooong period of time, and fine whoever brings up NATO and the sorts.

As for politicians, mentioning Euro-Atlantic integration would be punished by a special decree and automatic exclusion from political life, as well as a ban on running in elections for at least 10 years.

But then what would those politicians do, to whom would they promise, to whom would they instil hope? After the initial shock and disbelief, the public, along with politicians, would turn to life. It might then occur to someone then that there are still things that concern her, that this society, whose authorship everyone renounces, should gain functionality, that our lives should be fulfilled, that one morning we should look out the window and say:  ‘Oh look, it will be a beautiful, sunny day. Ah, someone threw some garbage in the stream, I’ll clean it up and then enjoy my coffee…’

Elvir Bucalo, long time journalist, correspondent to the Voice of America and BHRT from Brussels and The Hague; currently editor and host of a show on BHT1.