Being silent for many years has faded the knowledge and the limits of defining abusive behavior, that is why awareness it is important, in order to recognize it, fight it and report this kind of violence. 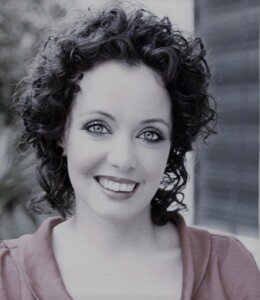 In the last few years we can see that there is a wave of discussions, reports and movements about sexual harassment, that according to the law definition is performing sexual behaviors that violate the dignity of a person, with any means or forms, creating a threatening, hostile, degrading, humiliating and offensive environment.

Not many years ago, sexual harassment was a behavior that was almost fully accepted in silence by society and not regulated by law. Thanks to the empowerment of human rights movements and especially to the feminist movement, this form of violence became part of the social discourse. Some movements that raise awareness, especially lately, as for example #metoo movement which highlighted some secret and untreated issues of the sexual harassment as a dangerous form of violence which has affected the lives of millions of people in silence from all social classes and backgrounds.

Sexual harassment is not only about the sexual aspect of the violence, but it also has an aspect of power disbalance and abuse of power in order to subdue, offend, manipulate and use someone (in most of the cases women, but there are also men victims). While this kind of behavior was not treated and silently accepted by society, it was spread in every level of the society, at schools, at workplaces, in families, on the streets, both in verbal and physical assaults, and that is why it could happen to anyone and anywhere.

There are three main aspects of the sexual harassment about which measures must be taken. The first step and the most promising one is prevention. First of all through informing, making it visible the steps that should be taken, the influence of violence, but also the importance of respecting human rights and maintaining healthy relationships. Being silent about it for many years, as mentioned above, has faded the knowledge and limits of defining abusive behavior, that is why awareness it is important in order to recognize it, fight it and report this kind of violence.

When we talk about reporting, we talk about the second aspect about which serious measures must be taken, meaning proper treatment of a reported case by the responsible institutions. Despite the difficulties of this process (as for example the burden of proof), an efficient pursuit of the institutional procedures is necessary in order to protect the victim and to ensure proper sanctioning of the person or group who conducted the aggression.

The third aspect of sanctioning is associated with the first two ones, closing the cycle and bringing back the punishment for this criminal act as an effective form of prevention. There is a lot to be improved in this aspect, especially about the legislation and its proper implementation, but it is important to note that series of positive changes happened during the last few years.

According to the researches, this kind of violence does not affect only the victim, but also the people who live with the victim, their family, friends and work colleagues, and also the whole society in general, and by this it creates a vicious cycle of violence which is very difficult to be broken if it is not treated with the proper seriousness. So, beside the mentioned aspects, what is also important is that not only the institutions, but also media and society should be aware and fight against violation of human rights and crimes such as sexual harassment which endanger not only the dignity of the victim, but also the dignity of a whole society.

Edlira Çepani is a journalist and human rights activist. Currently, she manages the network “Equality in Decision-making” and is a gender expert and an expert of governance and decision-making policies.