Politics placed nation, affiliation with religion and political parties ahead of any human quality and talent. Ivica Osim was certainly one of those who refused to subscribe to this fashion. 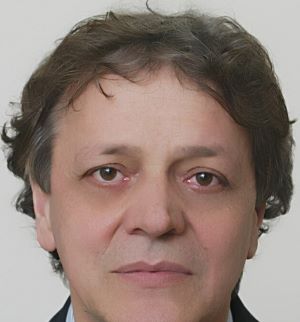 When “astonished gardens weep”, like Baseskija used to say, and when they weep equally in Japan, Austria and Bosnia and Herzegovina, then it is, without a doubt, a global pain. Like the title of the song that represented war-torn BiH at the 1993 Eurovision Song Contest, “all the pain in the world” was felt on May 1, 2022 by all those who had either heard or known the exceptional man, football expert and strategist, Ivica Osim.

He has gone to “the other side of joy” and his greatness, his human qualities and the football magic he carried both as a player and as a coach, have left a permanent mark. He left us with the faith that the political reality of the Balkans must take different paths, that all football aces, all those who came to the Alley of the Greats in Sarajevo to say goodbye to Osim for the last time from Zagreb, Belgrade, Ljubljana, Split, Maribor, Podgorica, Mostar…they are torchbearers of friendship and love that had been extinguished by the new geopolitical reality. Or, rather, it had been suppressed, looking for a way to show itself in action. By paying homage to the shadows of Ivica Osim, they made an important move, an important signal.

Osim’s death put politics to the test too, on the day when the last farewell of the BH football legend took place.

They pushed to be in the “front rows”, to show that politics has a soul, and cameras were there to record it. They even gave suggestions on how to turn the sad procession of Ivica Osim’s admirers around the city into a “performance” on the stretch from the Grbavica stadium to the Bare City Cemetery.

Fortunately, the family resisted this, so Osim left us as dignified as he was in life.

He left us, a unique figure of authority that left the helm of the Yugoslav national team in May 1992 as a personal protest against the war trumpets of evil that were loudest in BiH.

His authority was crucial when he was given the confidence to resolve the biggest crisis in post-war Bosnia and Herzegovinian football – the threat of suspension of the Football Federation. Osim was a life-saving solution, he managed to bring “the most important of the least important things” back to the path to recovery.  After this, he became the honorary president of the umbrella football organization, yet he often criticized its work. He raised his voice against political interference in football.

Oh how far is the day when all of Osim’s ideas will come to life.

Will his torch be carried by his successors, and his followers across the Balkans!?

When the war moved into our vicinity, to BiH in particular, many were quietly sobbing, others were screaming in murderous happiness…

Then the war ended, leaving many fireplaces extinguished, and many addresses without its former inhabitants.

Everything fell apart, and the memory of another time when everyone had been together remains.

How can we get people back to the “old normal”?

How can we heal war wounds? In BiH, but also in the Balkans…

It all started shyly through culture and sports, and sometimes through economic cooperation. Old connections were re-established and new ones made.

Politics placed nation, affiliation with religion and political parties ahead of any human quality and talent. Ivica Osim was certainly one of those who refused to subscribe to this fashion.

He was first among equals.