Modern women must be understanding of a slap, the judge says.

And what do we say? 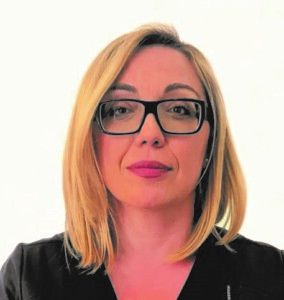 In August 2018 an adult man stopped an 11-year-old girl, a neighbour, who was riding her bike home. ‘He waved at her to stop, and when she did, he caught her by her right hand, telling her he loved her, and then he started kissing her and holding her by the neck, taking her in the direction of a nearby graveyard…’  The case was closed with no trial, and without the opportunity for the victim to testify.

In January 2021, Branislav Stanivukovic (44) was put on trial, accused of gruesome murder of his partner Milica Marinkovic (33) in July last year, having poured gasoline over her and lit her on fire. Marinkovic passed away days later from burn injury consequences. Stanivukovic’s character witness was his ex wife, who said that he ‘was never violent’, but would ‘sometimes slap her’. The judge and member of the judiciary council Milan Blagojevic commented that ‘modern women don’t have an understanding for an occasional slap’.

The above situations are not author’s fiction, they are the reality of the bosnia-herzegovinian sense of justice, which often times benefits the abuser rather than the victim. Therefore, we should not be surprised by the latest data which suggests that every fifth woman in Bosnia and Herzegovina has experienced some form of violence from her partner, and only 5.5% percent of them seeked institutional protection and help.

Up until January 2021 and the public testimony of the Belgrade actress Milena Radulovic, BiH public was only familiar with one sexual harassment accusation at BiH universities, which happened 13 years ago!

Sexual harassment / assault is one of the most common forms of sexual violence, which has high levels of tolerance and no institutional mechanisms against it. Us girls and women aren’t taught to recognise unwanted sexual remarks and verbal suggestions.

It is not uncommon to hear the following in a work environment:

‘You’re glowing, your husband must make you really happy. How about I try making you just as happy!’  Or the unwanted sexual attention: ‘He tends to approach me so I’m up against a wall and can’t step aside.’

Luckily, actress Milena Radulovic spoke on behalf all abused women, and became the heroine of the Balkan #metoo movement.

After the actress spoke up, other women did too – not only from the acting industry – accusing their professors, directors, bosses, and colleagues of rape or sexual abuse.

Yes, we are living through a Balkan #metoo movement. Now is the time to understand that sexual abuse is not something that happens to ‘others’, or ‘in movies’, but that it is unfortunately the reality of hundreds and hundreds of girls and women.

It is no surprise that the Facebook page ‘I didn’t ask for it’ gained over 33 thousand followers within five days, and published hundreds of sexual abuse stories by women, becoming a platform which allows for all women to speak up about violence they’ve endured.

Dženana Alađuz, Founder and Rector of INFOHOUSE, Association for Advancement of Information Sciences. She has worked as a journalist in several BiH media houses