We have a president who is so convinced he is just like Tito, that he became the greatest Titoist, not only in the Western Balkans, but in the Western Universe. 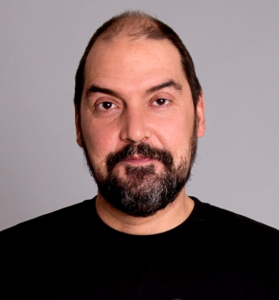 It is highly likely that none of the ex-Yugoslav countries that haven’t joined the European Union will ever join the EU, only for the everpresent Balkan shadow of Comrade Tito. Macedonians, for example, have been scoulded by the Bulgarian chief of diplomacy because they are suddenly huge Tito fans, now that they want to join the EU. This, obviously, concerns us Serbs when it comes to euro-integrations, as we’ve also grown to love Tito since we’ve realised that none of our ’and after Tito, Tito’ characters aren’t quite like the original comrade Tito.

One of the last examples of that sort of ruler is our current president, who is so convinced he is just like Tito, that he became the greatest Titoist, not only in the Western Balkans, but in the Western Universe. Though that is only because he thinks that the expression ’Titoist’ is essentially each leader’s eternal attempt to be just like him. That is where this strange word, Titoist, comes from.

A Titoist is, therefore, just like Tito. A spitting image of Tito, that is how much he’s like Tito. That is why we spit on all of our Balkan ’spitting images’ of Tito – not to aid their eternal work towards becoming Tito, but because we are, frankly, really annoyed at the fact that they are nothing like Tito.  Why is it that we love the original comrade Tito?

Well, for example, comrade Tito came up with the European Union patent long before the EU patented itself. He opened borders between Slovenians, Croats, Bosnians, Macedonians, Montenegrians, Albanians, and Serbs, without a Commissioner for enlargement. There were only a few political commissioners who taught us that we don’t need enlargement, and that we are self-sufficient. Although, perhaps not having a Commissioner for enlargement of his little EU was Tito’s basic conceptual error. Had he had one, the distant yet friendly Denmark would have probably become part of the Socialist Federative Republic of Yugoslavia, also known as SFRY.

Legends of the amazing life in Yugoslavia say that you could have travelled anywhere without a visa if you had a Yugoslav passport. The Danish would have probably liked travelling wherever they wanted. ’Ok, fine, maybe the Danish could have travelled wherever they wanted anyway, so they didn’t join SFRY, but us Yugoslavs could even travel to Zimbabwe without a visa!’ – each passionate Yugoslav will proudly explain the circumstance.

’Why would you even want to go to Zimbabwe? Who would choose to live in Yugoslavia and have the passport only to be able to travel to Zimbabwe without a visa?’ – any Dane you are explaining the perks of living in Yugoslavia to would ask you.

Maybe they’re right! But, in Yugoslavia, you could afford to go to the beach every year – pay for it with your own salary – you’ll tell the Dane.

’Well, we’ve been going to the beach for hundreds of years, paying for it with our own salaries, so we don’t really get the Yugonostalgia’ – the Dane will tell you.

The second reason is my family story.

Even during SFRY, Tito was a persona non grata in my family, which made my family familia non grata. Once, I went to a class trip to the Divcibare mountain resort and I brought back a souvenir –  a small plaster bust of comrade Tito, that you could put on top of your TV, so he could watch us while we watched TV. My sour-smiled parents gifted the little bust to our neighbour in the basement flat, who loved comrade Tito.

The only iconography we had in our house at the time was an icon of St Nicholas, our patron saint – our family slava (patron saint day in Orthodoxy). We were atypical citizens of SFR Yugoslavia in that we didn’t love comrade Tito, neither on top of the TV in the form of a miniature bust, or inside the TV – his enormous daily appearance in the evening news.

One day, comrade Tito died. Although bookers, who didn’t even exist back then, would say that there was no quota on betting Tito would ever die, or go to the happy hunting ground, where he most definitely went in 1980, as he was a passionate hunter.

So one day in 1995, my mum went to a slava celebration, where everyone was trash talking Tito.

-Why, mum? – I asked. -You are suddenly saying this, and you never even liked him.

-Ah, I remember the good old days – my mum said – in Tito’s times, we could go to Zimbabwe without a visa!

After a moment of thinking, I realised my mum had never been to Zimbabwe. But she really likes Tito because of that trip to Zimbabwe she never took.

That is precisely why us former Yugoslavs love Tito. Do you get it?!

Dragoljub Draza Petrovic, editor of Belgrade daily newspaper Danas. He has been a journalist since 1994.