Dennis Gratz, Sarajevo: Taking cannabis off the list of narcotic

Dennis Gratz, Sarajevo: Taking cannabis off the list of narcotic

Cannabis has helped many people who have been diagnosed with the most serious illnesses, like multiple sclerosis or cancer, to improve their quality of life. The issue is that all those suffering were forced to procure cannabis on the black market, illegally. 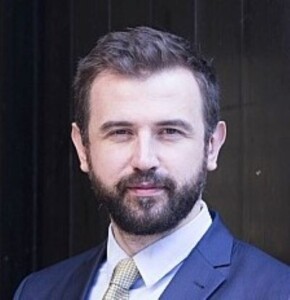 Back in 2017, as a member of the FBH Parliament, I launched an initiative to remove cannabis (Cannabis sativa L) from the Table and List of Narcotic Drugs, Psychotropic Substances, Plants from Which Narcotic Drugs and Precursors Can Be Obtained.

I was lead by opinions in medicine and pharmacy, as well as the legal practice of EU countries, primarily Slovenia and Croatia, where cannabis was removed from the list of narcotics. Keeping cannabis on the list of banned substances and plants was contrary to the opinion of the Chamber of Masters of Pharmacy of the Federation of BiH. From a medical perspective, as well as progressive legal practice and repeatedly expressed civic initiatives, there should be no obstacle for Cannabis sativa L to be transferred from Table I (prohibited substances and plants) to Table II (substances and plants under strict control) to enable the use of this medicinal substance for medical purposes.

The purpose of the initiative was to decriminalize cannabis and to make this plant and its derivatives, primarily resin or oil, available to patients and sufferers of various chronic and severe diseases. Unfortunately, we did not get a favourable response from the government at the time, and the initiative was ‘drowned’ in the process of passing through relevant commissions and working groups.

Meanwhile, the story received an extremely positive response from the public. Various public civic initiatives, especially those run by Irfan Ribić, have managed to create a positive, proactive atmosphere. BiH, like a large number of countries, for example Germany, the United States, Canada or Switzerland, has entered the process of legal decriminalization and legalization of cannabis use.

I listened to the experiences of our citizens who used cannabis to help them leave their hospital beds and continue to live with dignity. These are people like veterans suffering from PTSD, women suffering from arthritis, atherosclerosis, depression or insomnia, young people with diabetes, families suffering from Alzheimer’s or Parkinson’s disease… All of them were forced to look for alternative treatments because conventional medicine was no longer able to help.

Cannabis has helped many people who have been diagnosed with the most serious illnesses, like multiple sclerosis or cancer, to improve their quality of life. The issue is that all those suffering were forced to procure cannabis on the black market, illegally, and that the State exposed them to criminal prosecution. This is ethically unacceptable and represents a certain type of systemic violence. People are left at the mercy of drug dealers, and the State does not recognize the need to protect the sick.

There is no alternative but to insist on the adoption of legislation that will not only decriminalize cannabis, but also ensure the quality and control of its use in practice. The state could then tax cannabis and use the earnings to improve healthcare in BiH, and fund further research. It would be the beginning of a process of helping many, which would bring good to all.

But it is necessary to start talking about the issue, rather than keeping it a taboo topic.

Dr. Dennis Gratz, politician, member of the House of Representatives within the BiH Parliament