The list of supporters of “Operation Liberation” is long and there can be found both apolitical and supporters of a political option. Our goal is the same; our demands are the same and are of national importance… Decriminalization and legalization of cannabis. 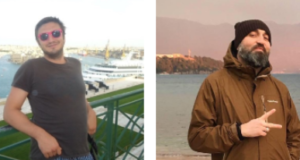 Recently, the Government of the Republic of North Macedonia made a decision to establish a working group that will work on amendments to the law on narcotics, so the current issue of decriminalization and legalization of cannabis should finally be put to a vote in the assembly after regulating all important issues.

The initiative was submitted through the “Operation Liberation” (Operacija Osloboduvanje) movement, whose main goal is to decriminalize the possession and cultivation of cannabis for personal use, and then to bring full legalization of the cultivation, sale and consumption of cannabis, through a precisely defined legal framework. The basis of “Operation Liberation” is the NGO ZNAM (Green National Agenda of Macedonia) established in May 2017, and we draw support from thousands of people from all walks of life as well as NGOs and other civic associations.

It is imperative for us to increase the number of health conditions for which cannabis preparations can be used according to evidence-based medicine, to make sure that cannabis-based medicines can be prescribed not only by public but also by private health doctors, but also to have the possibility of personal choice – the patient who has been prescribed cannabis therapy to be able to grow and use cannabis in a form that suits him. We also ask for: the opening of the so-called “Social clubs” where cannabis would be legally sold and consumed; NGO representatives to be involved in the Cannabis Agency; establishment of a special fund – the legal sale of cannabis will generate large sums that will enter the budget, and part of the tax which will be generated in the Budget from the sale of cannabis to be reallocated to that Fund, to help treat rare diseases as well as to marginalized groups.

With decriminalization, everyone could own and breed cannabis for personal use, and with legalization, they could buy if they decided they did not want to breed or were not able to. It is a process that will require a lot of debate and expertise. There are many examples in the world of how it could be edited. These are positive experiences that should be studied, never copied or blindly applied. Each country is special. Representatives of the government and the opposition, the non-governmental sector, experts in health and law – they are key in drafting a precise legal framework that will be applied, through which the process of decriminalization and legalization will be implemented.

By regulating these issues, we are convinced that hundreds, if not thousands of jobs will be created, a decent amount of money will be generated in the Budget and the Fund, and an opportunity for prosperity of small and medium enterprises, and thus the state, will be opened. Macedonia will be on the tourist map, without a doubt. And that is a profit for many sectors and industries. Third and crucial fact, this would deal a serious blow to criminal clans that earn millions of euros a year from the illegal sale of cannabis, which they then use for bribery and corruption of the police, judiciary and state institutions, as well as the local authorities.

The list of supporters of “Operation Liberation” is long and there can be found both apolitical and supporters of a political option. Our goal is the same; our demands are the same and are of national importance… Decriminalization and legalization are what Macedonia needs!

Davor Popivoda – a lawyer, and Ognen Uzunovski from the Association ZNAM