Daut Qulangji, Prishtina: The Roma community was most affected by the pandemic

Daut Qulangji, Prishtina: The Roma community was most affected by the pandemic

We continue to witness human rights violations of the Roma community, violence against Roma children in schools, discrimination in various public institutions, including in the healthcare system, which is particularly worrying at a time when the world is facing a pandemic. 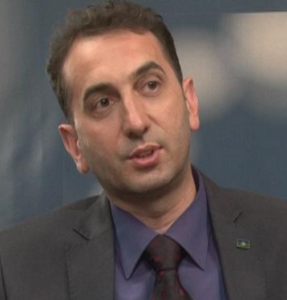 The corona-virus pandemic has affected everyone’s daily lives, however, it seems that right now in Kosovo it is most difficult for the Roma, who are usually marginalised, burdened by poverty and face numerous challenges.

The difficult living conditions of the Roma community in Kosovo have been further complicated by the pandemic, and at the moment many families are facing a lack of basic means of subsistence, which makes the situation alarming.

Information from the field unequivocally show that the Roma community in Kosovo is facing numerous difficulties in all spheres of life. The biggest problems reflected in everyday life concern health, education, and employment, where quotas provided by law when it comes to employment of minority communities are still not respected.

Housing problems, including difficulties related to social protection, have proven to be burdens for Roma lives more than ever. A large number of them live in poor sanitary conditions, they do not have access to drinking water or basic hygiene. They often live in houses without basic infrastructure.

Therefore, basic prevention measures against COVID – 19, like washing hands with hot water, are unattainable for them. Unequal access to primary health care is now a problem on top of pre-existing social exclusion and segregation.

The low employment rate among marginalised Roma became even lower during the Corona crisis. Social measures adopted by the state apply only to people who lost their formal and regular jobs, and this did not help relieve the position of the Roma because they were unemployed even before the crisis.

The fiscal aid package of the Government of Kosovo did not sufficiently cover the needs of various communities, especially Roma. This is the result, many believe, of a lack of real information about the issues, but also cumbersome bureaucracy that has affected a large number of people, leaving them unable to apply for aid packages.

By switching to online classes, students from the Roma community could not properly take part in the education process due to lack of internet and smartphones… Some NGOs have taken the initiative to donate smartphones and laptops to children who could not afford it, in order for them to be able to join distance learning.

The problem of internet access has made vaccination unattainable for many Roma  people as well, because they could not apply electronically as planned.

The pandemic also had a negative effect on the economy. The poor became even poorer. Isolation and restriction of movement have hit Roma the hardest, as most survive by recycling material which they search for from place to place, from container to container.

We continue to witness human rights violations of the Roma community, violence against Roma children in schools, discrimination in various public institutions, including in the healthcare system, which is particularly worrying at a time when the world is facing a pandemic.

This is why it is important to publicly and openly talk about discrimination, and hear the voice of Roma. This is also why education of Roma children is important, because as Nelson Mandela once said, ‘education is the strongest weapon you can use to change the world.’