Dardan Abazi, Pristina: The price crisis and the cost of stagnation for the production sector

Home|Vicinities chronicles|Dardan Abazi, Pristina: The price crisis and the cost of stagnation for the production sector

Dardan Abazi, Pristina: The price crisis and the cost of stagnation for the production sector

In the midst of a looming crisis and an energy system that requires the development of transformation, the adoption of the new success strategy has stagnated, the announced law on renewable sources of energy… 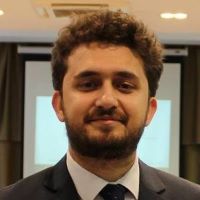 The electric energy price crisis has troubled all the governments of the Western Balkans. Countries like Kosovo that depend on concentrated electricity production are facing what will not be possible from imports due to technical, unpredictable plans and a growing demand. But is this the result of past misguided policies, current actions, or both?

As the days get shorter and temperatures begin to drop, the energy sector is preparing for what will be a long and cold winter. While demand for heating oil and natural gas is expected to be high in Europe, production levels have already started to fall with the onset of winter weather. This could lead to higher prices and possible supply shortages in the coming weeks and months.

For more than fifteen years, Kosovo’s governments had pushed the idea of new coal projects. Projects that would impoverish the citizens and completely entrench Kosovo in a technology of the past and with devastating economic, environmental and health costs. But although we rejoiced at the failure of the construction of the new thermal power plant, the long presence of such a topic in the discourse and political system of Kosovo had consequences. It took years, millions of technical assistance, a whole Strategy and what not. There was no space or time left to think enough about production diversification and energy transition.

Another missed opportunity was the successive recovery packs. They mainly focused on direct financial aid and targeting economic sectors, but not the energy sector. They did not have the required transformative effect but only served to leave the business sector in the game and to make life easier for the residential sector. Another missed chance! In the midst of a looming crisis and an energy system that desperately needs development and transformation, the approval of the new energy strategy has stagnated, the announced law on renewable energy sources has not yet been approved, the Efficiency Fund is still limited in competences and capacities and there is still not enough progress in the liberalization and integration of our market.

However, there is still time. At least to declare energy efficiency a national priority. To delay the adoption of the energy strategy, to adopt the law and to organize at least two auctions for renewable energy sources during 2022, to reform the Efficiency Fund and to establish a fund of consumers in need.

The pandemic has highlighted the importance of having a secure and reliable energy supply. Countries that have diversified their energy sources and increased their domestic production of fossil fuels are well positioned to weather the economic storm caused by the pandemic. Those who haven’t taken these steps may find themselves pushing the energy-reduction buttons and lighting candles. The solution is the opposite of stagnation: dynamism and courage.

Dardan Abazi has a long experience in public policy with a special emphasis on monitoring legislation and policies in the field of energy, energy transition, climate policy, and SDGs, parliamentary research, and advocacy