Damir Marjanovic, Sarajevo: A generation of ‘reproducers of pre-served facts’

Damir Marjanovic, Sarajevo: A generation of ‘reproducers of pre-served facts’

It will be interesting to see today’s ‘decision makers’ become future patients, treated by the online doctors who have sat their exams in 2020 and 2021. 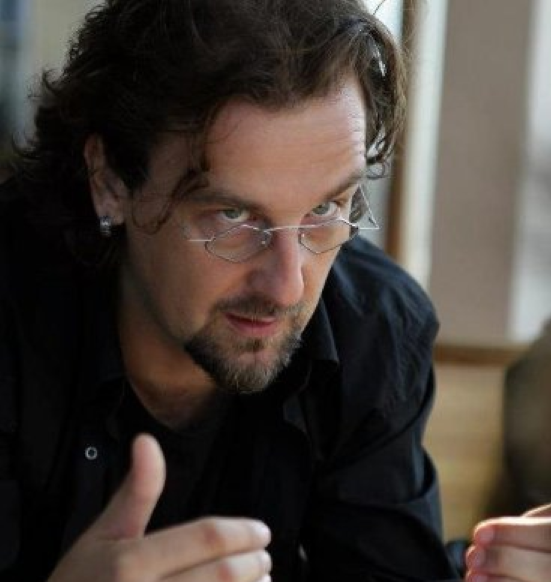 Balkan leaders have become experts in daily political abuse of education. A tragic truth is that education was the first victim of ‘Dayton’ and with everything happening today, our society is a ‘hostage’ of ‘Dayton education’. The system was torn to pieces on ethnic, and then cantonal grounds. Small sheepfolds, essentially local communities on steroids, have taken it upon themselves to ‘govern’ educational systems with no preparation or strategy, and most often with no human or financial resources.

The degradation and debasement of education has created the necessary environment to raise a generation of ‘reproducers of pre-served facts’, those who have not been taught to process information and think on their own, but to think just like you! And this is very convenient for our ‘political elites’.

The pandemic came at a time of an attempted educational reform in Bosnia and Herzegovina – a reform that was not coordinated properly, or run simultaneously across the country. The process was intensified locally though, primarily in Sarajevo. There was finaly talk of changing up the entire educational paradigm, with the student as the central figure of any activity taking place in a classroom. A hard-working group of people finally understood that TIMSS and PISA are not just ‘assessments’ which can yield higher results if ‘students are made to work harder’, and that these tests don’t qualify our future generations in any way, but they qualify how our system ‘moulds’ these children. The system needs to change as soon as possible with thoughtful and wise reform because we are raising dysfunctional generations of people; they may even posses a huge amount of information, however, it is often unapplicable information, or they lack the ability to apply it.

Lo and behold, a simple living form, a virus scientifically titled SARS CoV 2, through no fault of its own, hit us where we were weakest. Everything became more important than the reform!

That’s not all! I’m afraid to admit we have rather easily accepted the fact that all that is important has gone virtual in a year. It’s not difficult to imagine the craters this pandemic will create in the mountainous areas of the Balkans, unprepared to embark on the online journay. We must give credit where credit is due – we’re not half bad at improvising. The real trouble occurs after the first wave, when we try to build systems on improvised foundations. Then we lean into the current, and come to a phase where we allow shisha in classrooms, but not the students. It’s easier to explain how a ‘shisha’ (whatever that is) pipe is put together, than a behaviour system of 20 adult and responsible individuals in a controlled environment. These details seem irrelevant as it’s much, much easier to say that anatomy, surgery, physiology and other ‘virtually exotic subjects’ can be taught strictly online.

It will be interesting to see today’s ‘decision makers’ become future patients, treated by the online doctors who have sat their exams in 2020 and 2021.

I strongly believe they will regret not having invested knowledge and effort (which they are paid for), as well as funding, to find space and the means to allow for ‘in situ’ education in these online times.

Prof. dr. Damir Marjanovic, scientist and university professor. Former Minister of Education and Science in the Sarajevo Canton, currently a representative in the cantonal parliament and the Federation House of Peoples.