Despite increasing the capacity of relevant institutions to manage cases of violence when reporting, women are still asked what they did to deserve the violence or what they were wearing when it happened. 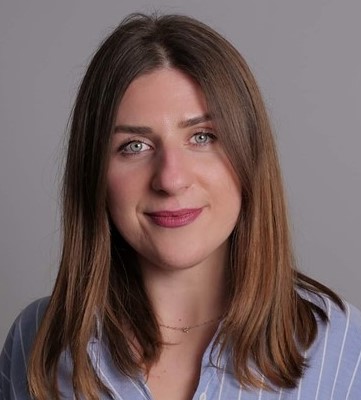 Globally, one in three women experiences violence. These data from the World Health Organization show that around 33% of women in the world face physical, psychological, sexual, economic, or other forms of violence. A problem of this magnitude challenges even the most developed countries which are constantly working in this direction, especially the developing countries where violence against women may not even enter the range of priorities.

In Kosovo we have witnessed social transitions that have affected the perception and management of violence against women. A patriarchal society that once understood the discipline of women as the responsibility of men and consequently did not even discuss it beyond the walls of the home, now condemns, reports and protests against gender-based violence. We have established a legal infrastructure and a system for managing cases of violence. All these have contributed to the increase in the number of reports and the willingness of women not to tolerate violations of their rights and dignity.

On the other hand, although Kosovo’s social transition on this issue has been rapid compared to many other countries in similar positions, violence against women still remains a multidimensional challenge. Although we react much more against this phenomenon and condemn it, violence against women is still on a worrying scale. Despite increasing the capacity of relevant institutions to manage cases of violence when reporting, women are still asked what they did to deserve the violence or what they were wearing when it happened. The punishments for perpetrators of violence are so small that they do not even serve to stop these behaviors on them, let alone on others. Although we have some mechanisms and shelters to care for survivors of violence, we have not yet established a system that provides women with opportunities to continue their independent lives, and due to economic conditions they often return to their abusers.

A complex problem requires multidimensional solutions, and here we all have a role to play. From the way that families educate the younger generations, to the institutions that need to lead the changes required to address this issue, and the private sector that can be more involved by providing opportunities for survivors and contributing raising awareness in terms of prevention.

Social change in gender equality issues has traditionally been driven by various civic initiatives, and in Kosovo, civil society continues to contribute to addressing violence against women in various forms. But as a multidimensional challenge, we can not expect solutions only from civil society and institutions. We can have long-term solutions only when we all take a more active role within the function we have. Like many other countries, we once “normalized” violence against women together, and for this reason one in three women experiences violence. So we have to address this once and for all together.