During the pandemic, across the country everything went “online”, but for Roma people, who traded and recycled, there was no opportunity to work from home. 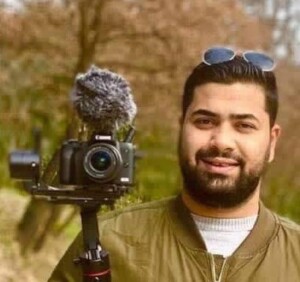 “From the very first day, when the news was given, that everything had to close down, in order to be isolated, my family and I were isolated hoping that the next day we would work again. Roma families cannot provide food for their families, because they are spending many days in isolation. I will manage with the food reserves I have, but others are hoping every day that someone will help.”. Ilirjani, the father of 3 children, was born in Tirana, and for years, together with his family, has been selling used clothes at the Roma market in one of the suburban neighbourhoods of Tirana.  Together with Ilir there are also 53 Roma families, who work at this market. But with the arrival of Covid 19 and measures taken by the government, these families faced difficulties in earning a living.

The Covid-19 pandemic caused and deepened the worsening of the economic situation for Roma families, they could not cope with the isolation. In some cases, representatives of this community protested in several towns of Albania.

At least, in the major municipalities of the country, Roma families were helped once with food aid and hygiene kits, but that was not enough to cope with the pandemic.   Ervis Cota, leader of the organization “Egyptian and Roma Youth Movement” explained that, in Elbasani, more than 1000 Roma and Egyptian families are in economic difficulties, “Roma people deal with the collection of recyclable waste. Talking to some of the them, I was told that, during the pandemic one could not find even a bread crumb at their homes, the elderly (parents and grandparents) were sick and had no medication to cure.

Due to the informality of their activity, these families did not even benefit from the two economic packages offered by the government for the economic recovery of the country, but, three months after the outbreak of the pandemic (March-May), following the protest of the Roma community, the government approved the doubling of the Economic Assistance which included about 60,000 Roma families throughout Albania.

During the pandemic, across the country everything went “online”, but for Roma people, who traded and recycled, there was no opportunity to work from home.

Ilirjani said that during the pandemic he did not work a single day “The food package would not last more than 2 days.  We are thankful to the municipality for what they did, but we need to eat every day.   We can no longer afford this situation.  We no longer go to work, because the police closed the market, the others who worked with waste recycling no longer go to work because it is not allowed to go from one place to the other, and the fear of the virus spread is great”, said Ilirjan Jashari.

Sanija, who supports and raises her grandson’s 3 children, lives in a shack, in Yzberishti.  For 10 years, she has been going around and collecting recyclable waste to provide food for the children.  “I can no longer feed the children; it is very difficult for me as a single woman to survive in these conditions. I asked for help in different organisations and its only them that helped me with food, said Sanije Shaqiri.

There have already passed more than two years since the pandemic began, vaccinations have been carried out to a considerable number of people, but for the Roma minority, who in many strategic documents by the government and international institutions are considered a vulnerable group, a vaccination campaign has not yet started, while the situation of the economic recovery of this minority is even more difficult as they today face the “formalization” and “informalization” conditions.

Bredjon Xhavara graduated in Journalism at the University of Tirana.  He is a social affairs journalist and activist of the Roma and Egyptian community in Albania for 4 years