For Djukanovic, the situation is already becoming logically unsustainable. If this continues, his only chance is to fly off, somewhere far away… 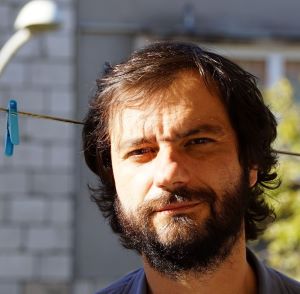 Everything else aside, I can’t quite grasp how, after thirty years, Milo Djukanovic manages to have people believe him on his words alone. Half a year ago, the cabinet of the mentioned Djukanovic – the same one who opened accounts in the Virgin Islands through five mother companies – issued a statement on how the president got, um, vaccinated.

That’s expected and commendable, and it would be even more so if Djukanovic, like everyone else, shared the good news with a photo attached. You already know those boring images: a bust of a tie-less politician, head bent down in some sort of sports hall, with a flabby biceps, staring at the floor. I have these images in my head for many leaders of the merry Balkans – except for Djukanovic. And I don’t have a picture of him for the simple reason that this photo doesn’t exist.

I’m far from expressing doubts that Djukanovic and his wife Lidija are part of the anti-vaccination underground, I simply have no right to do that, because that would be nothing but a phantasmagoric story wrapped in spicy tavern probabilism. I have even less of a right for that if we take into account that the leader of the anti-vaccination overground and a medical phenomenon, Prime Minister Zdravko Krivokapic, is the head of the Government of Montenegro with his 283.4 antibodies.

Djukanovic’s discreet vaccination, however, is important to me for another reason, as a symptom of passing of his true power. Because no one really dug deep, no one asked for more proof, as if the rudimentary Montenegrin public was left without balls in response to the said intriguing lacking. People just said, it’s all good Milo, we saw your biceps when you were the captain at the veteran world basket cup in Montecatini and came back from Italy with a gold medal. We take your word for it, our two-meter man, but now we have more serious things to worry about.

Is there a worse fate for a leader than for someone to take away their center of attention, from which they operate? Is there anything more gruesome for a political boss than to be localized in their power, to the extent that, one after another, scandals pass through the Montenegrin media sky, but according to some gradual system with clear and predictable indications. Djukanovic no longer has that demigod eros that solves or breaks everything in an instant. No – accusations, invoices and offshore papers are lazily piling up, Djukanovic is mentioned in them, but he is no longer the centrifugal puncture point of the Montenegrin political space, the one point around which everything revolves.

That’s probably why no one, except the most idle ones, cares whether the president really got vaxxed or not.

Just the other day, Djukanovic was mentioned in Palermo, in case anyone still cares. Court documents say that he allegedly provided banking services to an Albanian tycoon through his bro. It wouldn’t have been very juicy if the tycoon had not been prosecuted for money laundering and if he had not said on the phone that Djukanovic’s fraternal bank would open its doors to him and the President of Montenegro would be indebted.

Another skeleton from the family closet, nothing major. But the situation is simply becoming logically unsustainable for Djukanovic. If this continues, his only chance is to fly to Mauritius, collect the eggs of sea buckthorn or some other endemic species, invest in the environmental movement and atone for the sins of the past against the backdrop of the Glasgow summit. His brother Aco has already invested in the Serbian Orthodox Church, so he can’t do that, you can’t really have two bestowers from the same household.

It might be better if the leader reinstated himself in another universe, because in this Montenegrin one, he is no longer important to the point of remaining untouchable.

I guess this is clear to him too.