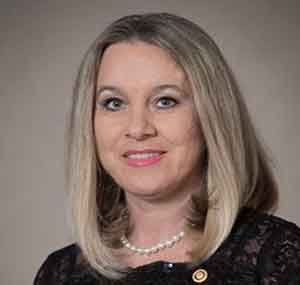 In recent Montenegrin history, the entry of women into political life was initiated by the Anti-Fascist Women’s Front after the Second World War, however, if it were not for quotas and the Law on Gender Equality, any agency of Montenegrin female politicians today would be almost unthinkable. Both globally and locally, the challenges are similar: policy adjustment, renewal of religious practices, extremism and fundamentalisation, digital challenges of violence against women in politics… Finally, COVID-19 exposed an almost intact system of gender violence and discrimination in all areas of life.

Montenegrin female politicians still act more decisively and with more-self awareness than before, despite their environment. They understand the violence they are exposed to as the price they have to pay. Quotas and the electoral list arrangements are the reason why they are attributed to  having had ‘an easier time climbing the ladder’. Half of Montenegrin female politicians, however, are unmarried or divorced, which in its own way reveals an unfair distribution of time for family care and individual development. This is especially abused by political parties, and ‘conflictual nature’ is immediately attributed to a woman who imposes herself in any way. Informal centers of power are still inaccessible to women, and they are the places where crucial political decisions are made. The parties’ money is mostly managed by men, so little is invested in the promotion of female leaders in campaigns. That is why their forums are often a ‘necessary evil’ and reduced to party decor. The fact that men easily articulate their motives for engaging in politics – for example, economic and leadership-related, and women largely either don’t know or do not want to answer, is a sort of indicator of imposed shame as a result of these violations of established gender roles.

Discriminatory treatment of female politicians aims to discourage and silence them, and is a systemic product of patriarchy. It often goes unrecognised even by educated and sensitised men, yet they practice it regularly. A new phenomenon is digital violence and social media violence. The authors are usually anonymous, although it is easy to recognize their political and interest centers. The victims, however, are not anonymous, and the cannonade of attacks on individual female politicians often takes the form of particular and total warfare. The discrediting of Montenegrin  female politicians in public reveals that all levers of power, both in the field of politics and everywhere else, are primarily in the hands of men.

Unfortunately, women themselves participate in discrimination against women in politics, thus ensuring majority support for regimes that discriminate against them. Women in politics often adapt to the ‘persona’ of voters, people whose lives are defined by the formation of nation-states in the former Yugoslavia after the 1990s, which essentially strengthened misogyny and established a national-populist model of women characterised by history, language, tradition, homeland, motherhood. Female politicians are thus imposed with ‘male’ constructs, which then determine the intensity and nature of the attack on themselves. The ‘male’ political articulation re-establishes patriarchy as an essential category and essentially strengthens the spiral of violence that is perpetrated against women because of the aforementioned constructs.

It is no less important that after thirty years of educational wanderings, generations of young people have emerged unsure of what fascism even is, unsure of unquestionable values throughout history, people who gain knowledge about themselves and others in echo chambers of social networks and conspiracy theories. That is why in our authoritarian and exclusive communities, intolerant of the Other and the Different, violence against women in politics is almost normalised.

Montenegrin female politicians today, however, are more determined to oppose it, and are fighting for their place in the political space.