Boro Kontić, Sarajevo: To the left, to the right, our apartment is nowhere to be found…

Home|Vicinities chronicles|Boro Kontić, Sarajevo: To the left, to the right, our apartment is nowhere to be found…

Boro Kontić, Sarajevo: To the left, to the right, our apartment is nowhere to be found…

Professor Grebo claimed somewhat ironically that in BiH no one knows who is left, center or right, but everyone knows who is a Croat, a Serb or a Bosniak, and that no normal or rational conception of state organisation or normal life is possible in that sort of environment. 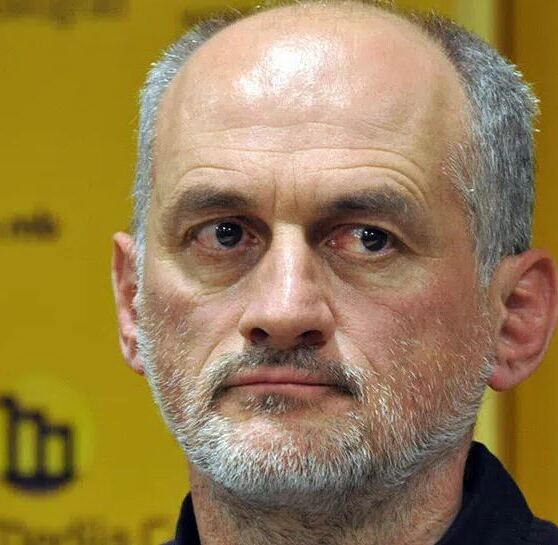 While researching the political, intellectual and public life of the Sarajevo law professor Zdravko Grebo, for the purposes of a book about his life, I tried, among other things, to make sense of his resignation from the Central Committee of the Union of Communists of Yugoslavia in July 1989. Professor Grebo was the first person who, in the seventy-year history of this party, voluntarily retired from the top of the pyramid of power. One of the reasons for his resignation, he said, was the fact that the party was lost in growing nationalism at the end of the 1980s. Then came that “many communists preferred their own nationalists to their closest, communist neighbours”. Grebo observed that nationalism in Yugoslavia was actually instrumentalized to “distract from the government’s inability to solve important social problems”.

In short, the reason for Grebo leaving the only Yugoslavian party at the time was the fact that, from a left-wing party of several decades, in just a few months it enthusiastically absorbed nationalism, the undoubted characteristic of the right. A few months later, following the election campaign for the first multi-party elections in Bosnia and Herzegovina, Grebo warned that it was “insane, because you don’t know who is on the left and who is on the right.” The three  national parties, winners of these elections, were not right-wing and “they were not political parties either, so the question is, can they be classified as movements?”

Professor Grebo saw that the establishment of a normal political spectrum, with a left, a center and a right, was a crucial matter for the future of post-war BiH, because the establishment of a classic political division would mean the final end of the rule of three populist movements with a national determinants. Grebo understood the state’s problem was precisely the fact that people vote as members of ethnic groups, and not by choosing from a normal political spectrum that exists everywhere in the civilized world. He claimed, somewhat ironically, that that in BiH no one knows who is left, center or right, but everyone knows who is a Croat, a Serb or a Bosniak, and that “no normal or rational conception of state organisation or normal life is possible in that sort of environment. This is because political programs are photocopies of a liberal-democratic template, which inevitably means that the offer, in fact, does not meaningfully obligate the offeror”.

A couple of decades have passed since this time that I am evoking, but nothing has changed on the political front over here. Everything is still measured only from a national perspective. In October 2016, the Assembly of Republika Srpska in Banja Luka awarded ceremonial Charters to the founders, for the occasion of the 25th anniversary of the first session of this Assembly. Among them, Radovan Karadzic, Biljana Plavsic and Momcilo Krajisnik, who have since been legally convicted of the most serious war crimes. This was also condemned by international representatives who assessed the event as “an unacceptable practice in the modern and civilized world and outside the scope of European values”. Political attempts to withdraw this decision, and to take away the charters with decorations from war criminals, lasted for several years.

Tired of a fruitless wait, High Representative Valentin Incko gave the National Assembly of the RS a three-month deadline to take away the charters with decorations awarded to legally convicted war criminals. He elaborated on his request by saying that “their actions during the armed conflict shocked the world and caused unimaginable human suffering.”

At the end of the three-month deadline, the RS Assembly, with consent of all parties ranging from the left to the far right, unanimously rejected the High Representative’s request. This was the introduction to a major crisis in the political life of BiH, which is still ongoing. But none of the political representatives from the RS mentioned that all that was needed was to change one uncivilized decision. For all politicians, even though “on paper” they span from the left to the right, there is only one culprit: the International Community.

This example shows that our story of the left, center and right seems hopeless.

Boro Kontić is a long-time journalist, documentarian, director of the Sarajevo Media Center