With the focus on fighting corruption and full attention to policy-making, the rights of LGBTI people are seen as a peripheral issue, despite the fact that they are fundamental human rights. 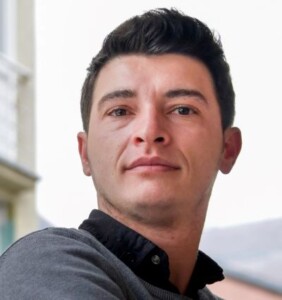 Kosovo has started too late to address the issue of LGBTI rights in the public domain.

LGBTI people have certainly had a hidden life of their own, as safe spaces beyond private spaces have been and remain quite limited.

Thus, they started having meetings at their homes, as a place where they could articulate their demands and share daily challenges.

With the establishment of the organizations working for LGBTI rights and human rights in general, activism began to spread beyond private spaces, from home to public spaces – which is still limited due to discrimination and severe oppression of LGBTI people. Public debate on LGBTI rights brings challenges too. In a society under transition, of generation clashes, with very limited information about LGBTI people (there is still misinformation about what LGBTI is), with a mentality, according to which, there were no LGBTI people in this society, but they were brought here after the war, they were ‘imported’ by the internationals, by the West. With the focus on fighting corruption and full attention to policy-making, the rights of LGBTI people are seen as a peripheral issue, despite the fact that they are fundamental human rights. Thus, even in the efforts undertaken by the institutions is reflected this kind of attitude.

LGBTI people in principle are a special social group, but this should not be translated into treating them unequally. Perhaps, the uniqueness of this social group stems precisely from the multiple oppression they experience and from the perception of the majority that they are ‘different’, ‘unacceptable’, ‘sick’. As long as this exclusion continues to be normal, oppression will continue.

Some of the LGBTI people in Kosovo, on a daily basis, some on a monthly basis, some less often than that, will face various storms in their lives.   But the path of the LGBTI movement is characterized by solidarity, a spirit that is conveyed from activist to activist.  Solidarity will be the main driver of LGBTI people enabling them to face any challenge and it will be a key factor in empowering LGBTI communities. For years, the streets often have been full of activists, but whenever necessary, we will continue protests until every individual, regardless of sexual orientation, gender identity, race, language, religion is treated equally.

Blert Morina, Executive Director at the Centre for Equality and Freedom Kosovo