Kosovo and Serbia, for example, first of all do not recognize each other, and any side agreement is reached by international pressure more than by the will of the parties. Agreements that come out in this spirit, often times, are likely to become volatile and do not yield the expected results. 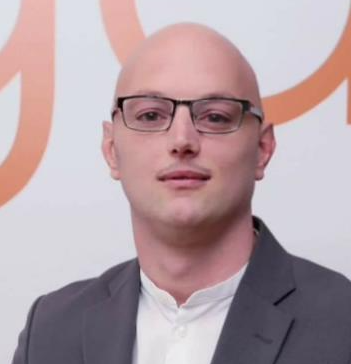 Dialogue between parties, states or even businesses, requires and imposes certain conditions; two are key. The first is to have trust between the parties, and the second is to have the courage to make decisions. If one of these is missing, then the dialogue turns into an empty table, it turns into a protracted process, which may even seem without a way out.

There are many such examples, but the opposites of such examples also are not lacking. Let’s start with the latter. When the first initiatives for the creation of the European Union came out, four years after the end of a great world war, there was more skepticism and criticism than optimism, that this initiative will turn into an organization that will also win the Nobel award for peace. The initiator of this initiative, the Minister of Foreign Affairs of France (1950) Robert Schuman, in the statement released to the media, among other things, highlighted some elements of the agreement reached between France, West Germany, Belgium, the Netherlands and Luxembourg, to link coal and steel between these sites for the purpose of processing and development. “Driven by the desire for peace, by the need of our people to live with dignity, with full trust between the parties and convinced that cooperation between countries is the future.” It can be seen from this that the European Union is built on three premises, the desire or will for peace, from the trust created between the parties and from the common orientation towards the value of cooperation. All this is reflected and achieved through dialogue. In the case of the European Union, it was shown what are the values or ways to have good results from the dialogue, but it was also shown what could be the obstacles or shortcomings of a dialogue. Lack of trust, lack of orientation towards the future, lack of cooperation, undermine dialogue. No dialogue can take place if one party threatens, or if an agreement eventually emerges from this situation, it is considered unstable.

Dialogue must also take place in a spirit of mutual respect, correctness and equality of principles. Kosovo and Serbia, for example, first of all do not recognize each other, and any side agreement is reached by international pressure more than by the will of the parties. Agreements that come out in this spirit, often times, are likely to become volatile and do not yield the expected results. The essence of all this can be found in an official statement that the EU has issued with the resumption of talks between Kosovo and Serbia. “We know that dialogue is not an easy process, it has never been, but there is an urgency to work towards peace and stability for our common future. This requires political courage on both sides. It requires commitment and zeal in the spirit of compromise and pragmatism. It has never been easy to find solutions to problems that have lasted so long and caused so much pain, but that is why today we are here to try again and again until one day what is required will be achieved.”

The essence of this statement puts in focus that there can be no dialogue without commitment, and there can be no agreement without courage, that compromise and pragmatism are necessary. Not an easy process, but necessary, for everyone.