Now, 19 years later, we can easily conclude that the Thessaloniki Agenda was too ambitious and impossible to be realized as it was projected, especially regarding the offer of the European perspective (EU membership) to the countries of the Western Balkans. 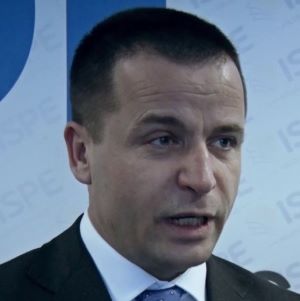 If we view the Thessaloniki Summit of 2003 as a starting point, back when the enlargement of European Union was considered as a process through which it aimed to achieve the stability of the countries of Western Balkans (South East Europe), the defined agenda was too ambitious. Looking at it from the current perspective, its realization seems too far away. The enlargement of the EU was proved to be one of the main successes of the EU itself and it was proved as an efficient instrument in achieving stabilization but also in the economic, political and legal development of the countries in Eastern and Central Europe. That is why such an instrument (the enlargement of EU), adapted for the post-conflict countries, was planned to be implemented in the countries of South East Europe as well, with the goal of offering a European solution for the opened and finished Balkan issues. Firstly, by aiming at the political, economic and legal stability, and later at the possibility of a full membership in the EU. Now, 19 years later, we can easily conclude that the Thessaloniki Agenda was too ambitious and impossible to be realized as it was projected, especially regarding the offer of European perspective (EU membership) to the countries of Western Balkans, excluding Croatia, which from the very beginning was treated as “a special portfolio”.

The reasons behind the failure to realize the Thessaloniki Agenda are numerous, but the main ones are: the global financial crisis of 2008, the lack of political will among the EU countries for further strengthening of EU institutions for decision-making policies regarding enlargement, the lack of will of the aspiring countries to initiate reforms required by the process of joining the EU and especially, the lack of will of the Western Balkan countries to solve their open issues through bilateral dialogue. In this case, one of the most important issues represents the lack of reaching an agreement of full normalization between Serbia and Kosovo.

The latter one, namely an agreement for achieving the full normalization of relations between Kosovo and Serbia, can be considered as the main obstacle for the perspective of the whole region to join the EU. This is because, as we learnt from previous cases (emphasizing the case of Cyprus), the EU is not interested in turning external issues into internal issues. Therefore, reaching a mutual agreement for the full normalization of relations between Serbia and Kosovo will not only affect positively the development of both countries, but it would essentially affect the acceleration of the membership process of the whole Western Balkans. The eventual failure of Kosovo and Serbia to reach a mutual agreement will not only stagnate the development of these two countries regarding their EU perspectives, but it will represent a risk of creating a political climate vulnerable of other global factors.

Avni Mazrreku is the founder of ISPE College, the only college in Kosovo profiled in European Integrations