Artan Fuga, Tirana: The cult of Enver Hoxha, in between the leader and the father

Home|Vicinities chronicles|Artan Fuga, Tirana: The cult of Enver Hoxha, in between the leader and the father

Artan Fuga, Tirana: The cult of Enver Hoxha, in between the leader and the father

Enver Hoxha raised his cult taking the image of the “leader”, knowing that in Albanian history, the latter has always been deified.   He also took the image of the “father”, which inspired especially the rural population, educated with patriarchal mentality. 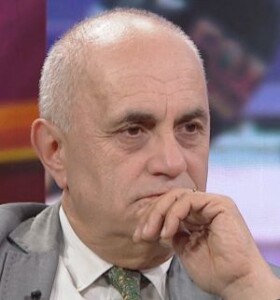 When talking about the way Enver Hoxha ruled Albania, from the end of the Second World War until his death in 1985, it cannot be said that the basic characteristic of his power was personal rule.

It is the story of someone who, after the Nazi attack on the Soviet Union in 1941, managed to establish control over the so-called Albanian Communist Party, established in November 1941.  Coincidence is often the origin of later trends that define history.   Numerous witnesses, communist leaders of the time, at different moments have asserted that he participated almost by chance in the founding meeting of the Albanian communist organization.

A masochist, submissive to the point of humiliation to his foreign allies, and fierce to the point of sadism in striking and eliminating, his political opponents, the social strata hostile to the communist government in Albania, without sparing even quite a large number of his friends. Likewise, he raised his personal power by remaking his foreign alliances every time the connection to a state threatened his personal power.   He managed to establish his power over the Albanian Communist Party and take power and strengthen it with the help of Yugoslavia which was led by Tito.  But in 1948, he left this alliance to join Stalin.    And when Khrushchev attacked Stalin for the cult of personality, Enver Hoxha became one of the most active ideological supporters in criticizing this cult. This can be evidenced in his speech at the third Congress of the Albanian Labour Party, in 1956.  But oscillating between Khrushchev and the symbol of Stalin, Enver Hoxha sees that the other leaders of the socialist countries are being removed from power one after another. Feeling the danger, in 1961, he abandoned Khrushchev and the camp of socialist countries and linked himself to Mao Zedong’s China, which was looking for an ally in Europe.  Even when Enver Hoxha seceded from China in 1978, he advocated a geopolitical strategy of staying out of both spheres of influence. In a way, he satisfied the Eastern bloc, because he assured it that he would not open Albania to the West, but this satisfied the Western bloc too, because he assured it that he would never return to the camp of socialist countries and under Soviet influence.

At this moment starts his cult raised by propaganda that presents him as a patriot, national hero, strategist, unique.

During the first two decades of his rule, with the Stalinist support, Enver Hoxha undertook a series of measures of popular character; nationalization, agrarian reform, the establishment of massive medical service systems, reclamations, etc.  This had effects in influencing the collective consciousness of the masses with his cult.     Gradually, with the degradation of the economy, in the 70s onwards, his image started undergoing an uninterrupted decline.  But the more this image was getting eroded in people, the more he was pumped by the official propaganda.

Above all, it must be pointed out that Enver Hoxha raised his cult, taking the image of the “leader”, knowing that in Albanian history, the latter has always been deified. He also took the image of the “father”, which inspired especially the rural population, educated with patriarchal mentalities.

Artan Fuga is a member of the Academy of Sciences of the Republic of Albania.  He is a lecturer in the Department of Journalism and Communication at the University of Tirana and in Paris too