The representatives of tourism used every possibility to criticize the government which according to them did not support them at all, as the other governments of the region did, and with this forgetting them. 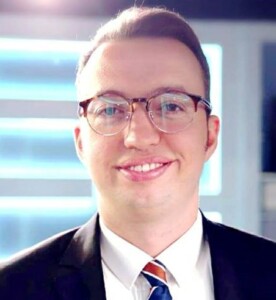 Whilom it was considered the sector with the highest potential, but nowadays the sector of tourism certainly is one of the most affected sectors in Albania, since the application of measures for prevention of Covid-19 spread from the spring of 2020.

Only few months of quarantine were needed in order for a whole industry built for many years to sink in existential obscurity for its future. The numbers speak about a grim reality. In the last INSTAT report, it results that tourism has contributed in the Albanian economy during 2020 with only 3.23%. Comparatively very low if compared with 2019, a year when tourism contributed with 20% in the country’s GDP. The decrease of percentage speaks about a serious crisis that has affected this sector, and according to important reports of “Standart&Poors” there will not be a recovery even in 2021. With the new variants of Covid-19, the future seems gloomier.

The official data published by INSTAT speak about a serious crisis in the sector. In 2020 there were 900.000 nights less than in 2019. The decrease went to 45%. The travel agencies are the most affected ones. Majority of them were obliged to quit their activities, while the less affected are the hotel activities or bar-restaurants activities. Despite the percentages, according to the government, this sector has performed well during 2020, especially during the summer period. Just a few days ago, in a meeting with the citizens of Vlora, one of the most famous regions for coastal tourism, the PM Edi Rama stated that tourism in 2020 did not suffer a loss. “This has to do with the measures approved by the government to remain open towards the neighboring countries, especially to Kosovo” – he highlighted. The main issue for the Prime Minister lays at the media and the owners of hotels, who despite having full bookings of their rooms, they tell a different story to the media, according to him. But this optimism of the leader of the government encounters opposition by the main touristic leaders in the country.

Zak Topuzi, The head of the Albanian Tourism Association, at an interview for TV SCAN in the beginning of February 2021 declared: “It will be a difficult year from what we can see. The new variations of Covid have aroused concern. European agencies, as the main representatives with tourists in Albania, have closed their borders. If it continues this way, an even more difficult season than 2020 is predicted. It is the most affected and not incentivized industry”. Kliton Gërxhani, the head of Albanian Tour Operators, has the same opinion as Mr. Topuzi. According to him, the negative impact in tourism has affected employment as well, as it is considered that tourist agencies have reduced their staff almost to 70%, which automatically has contributed to the increase of unemployment. “It is a big hit also for the employment. Even if we get any support, we are already losing a lot of employees and it is really difficult to revert them back and to start from zero.

In these 20 years it is the human capacity the one that produces this volume of income. Some of them have left, emigrated or started in another country, and less and less qualified minds have remained in the country”, concluded Gërxhani. The representatives of tourism used every possibility to criticize the government which according to them did not support them at all, as the other governments of the region did, and with this forgetting them. Anyway, the pandemic and the prohibition may start a new driving force for reframing some other models of tourism, bringing to life the guesthouses and cultural tourism, which were left in the background. Despite the many issues, experts think that there is light at the end of the tunnel. This is mostly due to the longing of the people to travel. In the most optimist case this can be a big wave, however the fear for a worse scenario that the one in 2020 still remains.

Arber Hitaj is a journalist and host of the TV show “60 Minutes” on RTV Scan which treats current topics.