The path of the Western Balkans countries towards a European future required serious efforts to achieve visible progress in the reform process, in solving the still unresolved internal and bilateral problems and in achieving reconciliation within and between societies in the region. 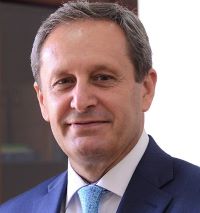 The Berlin process was initiated on August 28, 2014 by German Chancellor Merkel. This initiative, also supported by the European Commission, aims to normalize and redimension the bilateral relations between the six countries of the Western Balkans and promote regional cooperation for the benefit of the European perspective.

The year 2014 coincided with the centenary of the outbreak of the First World War and almost the 20th anniversary of the end of the War of Disintegration of Yugoslavia, the ghosts of which still lingered in the skies of WB.

The goal of the Western Balkans was and is clear: all WB countries together, under the model of the EU countries, for a stable and long-term peace towards integration in the European Union.

This initiative came at the right time. It evoked optimism shaken both by Commission President Jean Claude Junker’s statement on the ban on enlargement in the next 5 years, and by the apparent growth of Eurosceptics in the Brussels institutions.

The path of the WB countries towards a European future required serious efforts to achieve visible progress in the reform process, in solving the still unresolved internal and bilateral problems and in achieving reconciliation within and between societies in the region. Strengthening regional economic cooperation and laying the foundations for sustainable economic growth complete the binding framework of the WB initiative.

Since 2014 the WB Summit has been organized eight times (Berlin, Vienna, Paris, Trieste, London, Poznan, Sofia/Skopje and Berlin) enlarging, not only the European geographical map of the participants, but also further deepening the economic approach to cooperation regional.

Today, after 8 years of the Berlin Process, the integration of the region has entered a measurable process and, despite the difficulties, as a result of the Covid-19 crisis, the Commission has defined the main framework for supporting the recovery and economic cooperation of the region through the ambitious Economic and Investment Plan. The plan envisages the mobilization of up to 9 billion euros in grant funds by 2028 and 20 billion euros in loans, supported by the new Guarantee Facility for WB (Western Balkans Guarantee Facility).

The successful absorption of the EIP requires more progress in the economic integration of the region and improvement in the common legal economic infrastructure.

On the other hand, the challenge of the WB to make the ambitious project of the Common Regional Market (CRM) a reality requires decisive, serious, comprehensive and constructive efforts in accelerating the modernization and economic stability and achieving the socio-economic standards of the EU.

The WB has served as an incubator for many initiatives that have already become an integral part of the EU’s policy towards the WB countries, underlines today the President of the Commission, Ursula von der Leyen, while the Commissioner for Neighborhood and Enlargement, Olivér Várhelyi, appreciates the importance and usefulness of this process with its impact on “closing the socio-economic gap between WB and the EU, which is essential for the enlargement process”.

The key role of the Berlin Process as a driver of regional cooperation in the Western Balkans within the wider context of the EU integration process is widely acknowledged. This process remained a vital catalyst and a necessary instrument for economic integration, investments and connecting projects, aimed at promoting reconciliation, security, growth, employment and prosperity in the region and guaranteeing a sustainable and long-term regional cooperation.