Anes Podic, Sarajevo: The fight for the good of society

Anes Podic, Sarajevo: The fight for the good of society

Rivers cornered into concrete pipes are a tragic metaphor of all the resources of our society – usurped for the benefit and enrichment of a handful of tycoons. 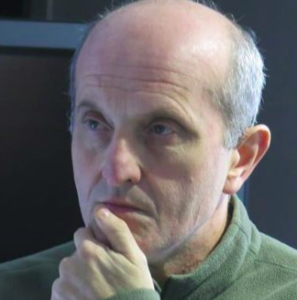 The construction of small hydro-power plants in Bosnia and Herzegovina does not come  from our strategic needs for electricity, but from the intention to satisfy investors – mostly extraordinarily connected with the authorities and party circles.

SHPPs are small only in terms of how much they cost their owners – an initial investment, usually provided by the proverbially murky accumulation of wealth in the war and during post-socialist transition. As soon as that’s sorted, the bosses have a business devoid of risk, as well as minimal maintenance and labour costs – barely one worker works in one SHPP. For the first twelve years in the Federation of BiH, and fifteen in the Republika Srpska, the state guarantees the purchase of total electricity produced – at an incentive price. Farmers and agricultural producers did not have these opportunities.

The amounts of concession fees received by municipalities are often lower than the annual representation of mayors. Concessions issued for 3-5 decades usually expire at the time when hydroelectric power plants have to undergo a general overhaul. Who will bear the burden of that overhaul? Without support in the form of an incentive purchase price, businessmen may decide to end their venture and leave the local community with a half-dead river and unusable machinery.

The vectors of all the transitional forces in our society intersect precisely at the problem of SHPPs. The close connection of obscure post-war businesses with political elites; networks of party influences and private interests in which the country’s economy is affected; privatization of all social goods, including state institutions; completely excluding people from deciding on their present and future.

It is about rentier capitalism – an occupied natural good and its exploitation supported by social wealth which, with incentives for renewable energy, flows from public funds to private accounts. All the while, local communities are losing the source of life – water, tourist attractions and that little bit of beauty they can enjoy for free. Beauty that belongs to everyone and therefore to no one.

Rivers cornered into concrete pipes are a tragic metaphor of all the resources of our society – usurped for the benefit and enrichment of a handful of tycoons. And so, our industry giants were torn apart and turned into building plots for he post-war elite. State institutions became channels for the extraction of social goods and the value that people create through hard work. That is how we  became someone’s property – slaves to the local masters, cheap labour to those on the outside.

The fight for rivers and water is a fight for a society of solidarity and equality which, in spite of everything, we can still be –  best seen on the great front of the Guardians of Rivers from all parts of BiH and beyond.

Anes Podic, Founder of Eco Action (Eko Akcija), an organization that has been dealing with issues related to ecology and social justice since 2009. Activist in the fight for Bosnia and Herzegovina’s rivers, clean air, drinking water and forests.