The organization puts together at the same table Kosovo and its five non-recognizers from the EU; it gives a seat and voice to Turkey’s Erdogan while aggressively looking at its neighbor Greece; and brings in the only country to so far leave the EU, the United Kingdom. 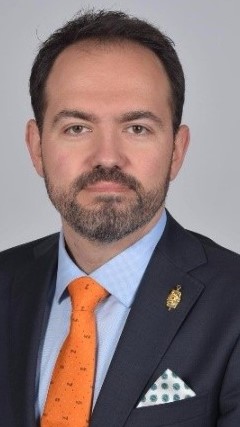 The idea pompously announced by French President Macron on the creation of the European Political Community finally saw the light of the day on October 6, 2022.

Partially rushed by the Russian invasion on Ukraine, partially by the ambition of Macron himself and the lack of ideas of what to do with all the aspiring EU Members. The initiative was given as an idea for the Future of Europe. It was explained and conceptualized as platform for policy coordination, political dialogue and cooperation. However, some recent, and other not so recent events on the European Continent pushed it into a different direction. The European Political Community took the form of a political and intergovernmental forum, with more substance than some of the other remaining European organizations, excluding the European Union, but less form.

When the idea was first floated, some of the nations from the Western Balkans got significantly concerned by the potential for the EPC to become a two speed European Union where the aspiring EU Members will be eternally locked-out from the exclusive club of the Member States. These fears did not materialize on October 6 at the Prague Castle. They will become completely impossible next spring, when Moldova, one of the newest EU aspirants takes upon itself to organize the next summit of the EPC leaders. However, once the European Political Community, which was styled according to the G7 forums, takes a formal decision, adopts a joint statement or a resolution to be followed, it might prove hard to maintain its present form and status, eventually falling into the so much feared two speed EU. Countries such as Serbia and Turkey from the aspirants, or Hungary from the Member States might just show how difficult is consensus building and pushing for a joint direction in Europe. This will set the stage for the two speed EU even more and continue to lock-out the Western Balkans.

Although conceptualized as an initiative for the Future of Europe and as fruit of the European Union political coordination, and presented as nothing but success, the European Political Community brings in many challenges for its ideologists and creators. Namely, the organization brought together 44 countries and political leaders. It is much broader than the European Union in coverage, but significantly smaller in substance and policies included. The organization puts together at the same table Kosovo and its five non-recognizers from the EU; it gives a seat and voice to Turkey’s Erdogan while aggressively looking at its neighbor Greece; and brings in the only country to so far leave the EU, the United Kingdom. This might be seen as a result, having the Spanish Prime Minister speak to the press six feet apart from his counterpart from Kosovo, or having the UK actively involved in European Affairs, but coming to a joint position or a resolution for all members to follow, or steering clear from all talk and no action will be a huge challenge for this new block.

Bringing in the UK and Ukraine has sizeable benefits for the European Union. It puts the strength of yet another global player, G7 country and UN Security Council Permanent Member in the position to be actively involved in European Affairs and contributing to the political coordination and the construction of the European Defense. The UK apart, Ukraine with its current role in defending Europe’s democracy and freedom has plenty to teach the EU member states and contribute to the development of the Defense Structure and Defense Fund. Finally, the much smaller Western Balkans Nations have the chance of a life time to actively contribute with European unity to the future of the European Union. This is a unique opportunity where dedicated countries and political elites can show that they can be a good example and a desirable partner for the EU Member States. Just take North Macedonia and its short but rather successful membership in NATO. A member of the alliance since early 2020, North Macedonia is set to meet the defense expenditure goals of 2% of GDP by the end of this calendar year.

The European Political Community seems like a game of quidditch, played with many balls and it seems that every party, the EU, the Aspiring Members as well as the former partners have one in their court. We’d better act upon it!