Albania has had three distinct waves of emigration: one after the 90s; one after 1997, when the whole country collapsed from the fall of the so-called pyramid schemes, where hundreds of Albanians lost their savings, and; one after 2013. 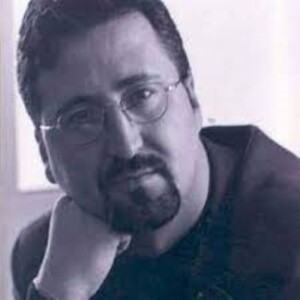 The young Albanian emigrants of the 90s, although much poorer than those of today, were “freedom emigrants”. Those after the 90s, it is not easy to name.  To name it as better as possible, we should probably start reasoning backwards.   Albanians are among the nations that pay a great attention to the education of children.  The dream of Albanian fathers and mothers to offer the best education to their children continues, but it already requires incredible efforts.   Among the Albanian young people who are educated abroad are the children of those who are considered Albanian millionaires. These are a few tens of hundreds, maybe even two or three thousand.   They go to the best schools, from London to America, some of them come out and with excellent results, but how many of them stay in the countries where they study?  They can be counted on the fingers of one hand.   Almost 99 percent of these children, whose education was paid with not to many efforts, have already returned to Albania, in fact you can say that they live here more than they work. Why?  It’s simple! Because here they have the opportunity to have their home and live separately from their parents, to have a second beach apartment which they hardly use, as well as one or two expensive cars received as gifts, not adding here the emotional effect that this minority of a minority in Albania, with a “feudal lord” behaviour, can get easily out of prison if caught with a gun or and if they hit someone by car.

Most young people, especially those not living in the capital, Tirana, emigrate because they know that for Albania it will take at least 10 years to catch up with the average salary in Bulgaria or Romania. With the current salary level, they can never afford to live in an apartment other than that of their parents and start their life separately, together with their spouses and children.

Albania has had three distinct waves of emigration: one after the 90s; one after 1997, when the whole country collapsed from the fall of the so-called pyramid schemes, where hundreds of Albanians lost their savings, and; one after 2013. While there can be an explanation regarding the first two waves, emigration after 2013 is more difficult to explain, as the country, at least according to statistics, although politically unstable, taking into account the inflows of informal money resulting from drugs, cannabis, etc., economically, in theory, there is no reason to make a young Albanian still risk his life travel locked in trucks “like the ones to England”. But it still happens.  Probably because the country, along its main natural resources, has fallen into the hands of a small number of oligarchs, who with their big businesses are the main enemies especially of the small businesses, from small shops to neighbourhood cafés, which they fight mercilessly.

The Prime Minister of Albania, who has been in power since 2013, constantly says that “in Albania no one dies for a living”, but on the other hand does not hesitate to say that “in Albania there are jobs, but there are no professionals”, and he asked the big Albanian businessmen “turn your attention to emigrants from Bangladesh”, not forgetting to add that “once they start to speak Albanian, get rid of them”.    So, for the Albanian Prime Minister, a worker, who starts reading and watching Albanian media, participates in the daily debates or gets organized in a union, is no longer useful for the economy. Perhaps, it is exactly in this governance mentality, we should seek the main reasons for the third wave of emigration of Albanian youth.

Andi Bejtja is a journalist, analyst and media executive of more than three decades of experience