Ana Cupeska, Skopje: Interculturalism as a response to Ethno – Corporatism

Ana Cupeska, Skopje: Interculturalism as a response to Ethno – Corporatism

In North Macedonia a multicultural-accommodative model of the non- territorial type has been normatively established in order to avoid an ethno – federalization of the country. 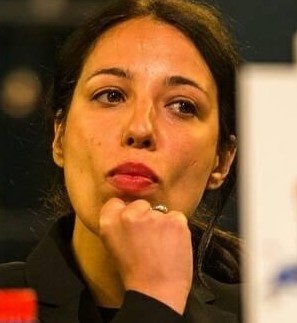 Multiculturalism is a social fact, not a desired or less desired political destination. There are no countries in the world whose societies just are culturally homogeneous, but there are countries that strive for the homogenization of culture through normative exclusivism and radical republican solutions. Fortunately, North Macedonia is not such a state. The fact of multiculturalism is reified here at the level of a specific political system. At the same time, this is not a special novelty for our state, because it follows its chronological development of state legal subjectivity (from the Krushevo Republic to the Prespa Treaty). In North Macedonia a multicultural-accommodative model of the non- territorial type has been normatively established in order to avoid an ethno-federalization of the country.

But norms are one thing, facts are another, and coexistence is another completely. North Macedonia, apart from the fact that this normative guarantee is worthy of praise, in fact, suffers from serious distortions, which are influenced by the authoritarian political culture, and the Macedonian social habituality itself. There are a number of problems and they rotate around recruitment according to the ethno-spoil system, which takes place through ethnically exclusive parties according to functionaries’ seats (instead of merit); through the quantitative dependence of the enjoyment of rights (the famous 20%, which is also an anachronistic attitude and practice); through the abuse and trade-off of ethnic votes (and thus the delegitimization of the capacity for civilians in ethnic groups) and of course, there is the absence of cohesive instances that would operate at the societal level. That is why we recognize that norms are not enough, and that the integration of a society that lives in parallelism is needed. At the same time, it is not a question of abolishing multiculturalism, but of the need to upgrade it with intercultural policies. It is important to know that interculturalism is a policy that is not opposed to multiculturalism, but is its bonus. In that sense, North Macedonia has a chance to improve, through adoption of the national strategy for interculturalism. The only one of its kind in Europe, this strategy intends to overcome the limitations of normative multiculturalism, by stimulating interculturalism and increasing intercultural contact. It offers a strong response to ethno-corporatism, and has the capacity to suspend the commodification of ethnic voices. Therefore, it is important that it is implemented consistently, as it was intended. A possible consequence of consistent application would be the devaluation of political careers, “ethnic professions”, “ethnic politicians” and “career nationalists”. And whether or not that will be the case depends on the political elites today and their senses of responsibility!