Due to the construction of small hydropower plants, there is a problem with water supply in many villages in the country, which prevents their citizens from exercising the right to clean and safe drinking water. 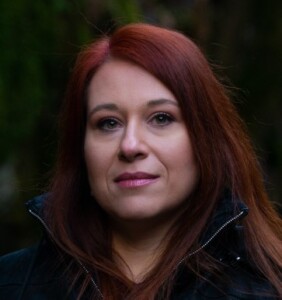 The last decades have seen an enormous increase in the number of concessions granted for the use of water resources for the production of electricity with small hydropower plants. This trend is observed not only in North Macedonia but also in the countries of the Western Balkans, where a total of over 3000 such projects are planned, and 1400 are already in operation. Partly due to the policy of increasing the share of renewable energy in the energy mix, and mainly due to financial incentives, the business of building small hydropower plants is experiencing growth in the region.

But despite their renewable nature, because water is considered a renewable energy source, small hydropower plants are not sustainable. The damages from these projects are known in our country, but also in the neighboring countries. Due to the intrusions on the riverbeds, often the rivers and the riparian vegetation and habitats, as well as the whole wildlife in them suffer huge damages and are in constant danger of extinction. In addition, the construction of small hydropower plants and their access roads create erosion and landslides that cause irreversible damage to the unique relief structures in the gorges, and pose a great risk in times of heavy rains and floods. The construction of access roads to the most hidden parts of the mountains and forests enables poaching, illegal logging, wildlife disturbance and the construction of solid structures in areas that have been long planned for protection. This is a particular problem in the case of our protected areas.

In our country there is no appropriate legal framework for ecological flow of rivers that will prevent the drying of rivers and the destruction of ecosystems from the operation of small hydropower plants. Instead of complete environmental impact assessment studies, government agencies require environmental reports from the investors. These reports do not provide a good assessment of the terrain and ecosystems, give insufficient number and quality of safeguards, and do not provide public consultation.

At the same time, due to the construction of small hydropower plants, there is a problem with water supply in many villages in the country, which prevents their citizens from exercising the right to clean and safe drinking water.

Ana Cholovik Leshoska, Macedonian biologist, who, since 2011, has been campaigning against the construction of dams for hydroelectric power generation in the Mavrovo National Park, in order to protect endangered species.