Aleksandra Gajovic, Belgrade: We are all guilty

Aleksandra Gajovic, Belgrade: We are all guilty

No matter how the system is set up, it is individuals who generate the waste. 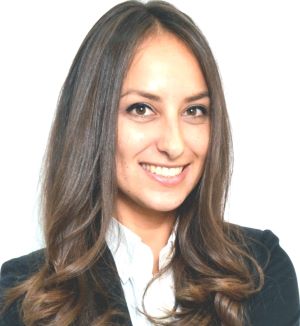 As part of the EU accession process one of the most demanding and important chapters, among others, is Chapter 27 – The Environment. Unfortunately, more serious attention has been paid to this important topic only in recent years in Serbia, ever since that chapter came to the fore in accession negotiations. Citizens woke up, organizing large protests in response to actions that they see as not in line with the preservation of the environment, and therefore the health and safety of citizens themselves. Environmental issues are tackled by civil society organizations consisting of ecologists, activists, nature lovers, and now institutions and industries are also integrating the topic into their businesses and “branding”, as well as an increasing number of individuals. The topic has also become part of political currents, and this year’s elections included a candidate who clearly emphasized his commitment to a healthy environment.

National strategies regarding environmental improvements and protection have been adopted by Balkan countries, both EU member states and others that are in the negotiation stage. A large problem in the region, and therefore in the Republic of Serbia, is waste, accompanied by a large number of illegal landfills. The Law on Waste Management, as a following sub-act of the National Environmental Strategy and the Waste Management Strategy, regulates this issue, yet the challenge does not subside. A large number of municipalities do not have their own local landfills, so they dispose of waste in regional landfills. The Law on Waste Management of the Republic of Serbia states that the assemblies of two or more local self-government units with at least 250,000 inhabitants on their territory are to adopt a regional waste management plan. According to data of the Environmental Protection Agency, 164 landfills are located in the Republic of Serbia, which are used only by local public utility companies. They state that the sites where waste is disposed are owned by the state or companies. One of the older landfills dates back to 1956. Landfills are currently being “treated” by covering waste with earth or other inert materials. Authorities are trying to maintain a waste management system, but this comes from both businesses and households. It is clear that the quantities and types of waste produced are not comparable, but the contribution to the creation is mutual. This means that matter how the system is set up, it is individuals who generate the waste.

The question that arises is, how aware are individuals? The law defines that the “holder” is a waste producer, a natural or legal person who is in possession of waste; a natural person can be a business owner, but also an individual, while a “waste owner” is said to be a waste producer, a person participating in traffic waste as a direct or indirect holder of waste or a legal entity, entrepreneur or natural person who owns waste. Therefore, according to the Law on Waste Management of the Republic of Serbia, every natural person is responsible for the waste he has produced. What does practice tell us? There are very few residents who separate waste in their homes. There is also a challenge in the work of public utility companies, which do not provide all citizens with the conditions to dispose of separated waste in designated places. It also happens that waste that is disposed of properly by citizens is inadequately disposed of later on. So, we are all equally guilty.

Aleksandra Gajovic, Researches improvement and protection of the environment