Aleksandar Milosevic, Belgrade: An expensive and cold winter is coming

Aleksandar Milosevic, Belgrade: An expensive and cold winter is coming

Today Serbia does not have enough electricity or enough coal, and this is the state in which it will welcome winter at a time of the biggest energy crisis in Europe. 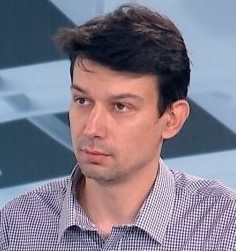 It is not the highest price in Europe – in France, for example, it is 455 euros, and in Greece 451 euros. It’s not even the highest price today – just three hours ago, at 8 pm, we paid 493 euros for electricity, at a higher price than the Swiss, and a little lower than the Romanians.

This is something we see every day despite the fact that it is summer, a time when the pressure on energy systems across Europe is significantly lower than in winter. Every day, the Electric Power Company of Serbia is forced to import electricity at prices that on average reach 360 to 380 euros per megawatt hour and then sell it at 75 euros to the economy or at an even cheaper rate to the citizens. So, with every kilowatt it imports, EPS is drowning more and more. And He keeps importing.

Decades of systematic erosion of the most important economic system in the country led to the breakdown of the largest thermal power plant in Serbia this winter. It broke the way a vacuum cleaner or a plastic lamp break. Like a Chinese hair dryer, the “Nikola Tesla” thermal power plant, the pride of Yugoslav engineering, simply sizzled one day when instead of coal, mud was poured into its boilers. And then the network of substations and transmission lines also collapsed. The 19 million euro excavator caught fire, and the boilers exploded… The epilogue is a 650 million euro loan for importing the most expensive electricity in history, because without that debt the light bulbs in Serbia would not be working, and factories would have to stop. The further epilogue is that electricity will now have to rise in price by up to 20 percent, as calculated by the Fiscal Council, and the power plants are still not working properly.

Today Serbia does not have enough electricity or enough coal, and this is the state in which it will welcome winter at a time of the biggest energy crisis in Europe. The price of electricity with delivery within a year has just reached 340 euros per megawatt hour in Germany, which is a signal that no normalization is in sight. The question is whether we will ever see the prices of 50, 60 euros that were valid before the war in Ukraine again. Even during the 2008 crisis these prices did not exceed 100 euros per megawatt-hour, and now they are four times as much.

Europe continues to cut its economic ties with Russia, and Russia continues to threaten to throttle Europe’s gas. Globally this means record levels of inflation, which officially reached 11.9 percent in Serbia.

All this leaves us with the fear of entering the new winter season without a parachute. Restrictions that are being brought up more and more often will probably not take place – the state imports coal even from China so that citizens would not relive the ’90s, when power outages were an everyday thing. But the risk remains. We are now at the mercy of external dangers beyond our control because of our internal failings. If the conflict between the EU and Russia enters into the winter months, when the energy leverage controlled by Moscow will be significantly more lethal than in these warm July days, the demand for each kilowatt may become so great that there simply will not be enough electricity on the market. It is an extreme scenario, but one to which we have exposed ourselves through our negligence. And even if there is electricity, the price will be stratospherically high and Serbia will pay for it with smaller investments in roads, sewerage and public services, as it has already begun to postpone construction works in order to divert funds to the purchase of energy sources.

And electricity is, of course, only a piece of the puzzle. What about gas? What about oil? What about firewood? And then transport, heating plants, industry, food? Practically everything.

Aleksandar Milosevic, editor of the economic section of the newspaper “Danas”