Albana Mucaj, Tirana: The hero among us

Albana Mucaj, Tirana: The hero among us

Arjan Sala, now is the hero that we all needed.

We needed someone to light our path in social responsibility. 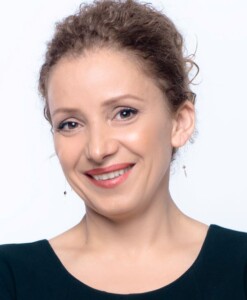 For three days, the photograph of Arjan Sala looking straight into our eyes has moved us all. This employee of a private security company was trapped among the flames that engulfed the warehouse of a shopping center in Tirana after he had saved 20 other employees. The unquenchable flames and the impenetrable smoke increased the anxiety of his family and of all Albanians. The 32 year-old, a father-of-one, was not being found and the hopes for finding him alive vanished on the third day of searching for him, on March 27th, when his lifeless body was found.

The recorded video by the security cameras confirmed the presence of “The hero among us”. Arjan was running in the danger zone to extinguish the flames and to try to save the employees. The fire was bigger than his courage, but for sure, his courage and responsibility were the highest to be found among all of us. This made him the hero among us and now officially the hero of the people.

The Council of Ministers declared Sala as the “Martyr of the Nation” who “Lost his life in an attempt to save the population in case of disaster”. The certificate was handed over to the family of Arjan Sala, by the Prime Minister Edi Rama. Few days earlier, the President Ilir Meta praised Arjan Sala with the “Golden Eagle Decoration”. Meta emphasized “Amid the pain, but with the gratitude and pride of every Albanian, today I awarded the Hero Arjan Sala with the Golden Eagle Decoration as a sign of deep appreciation and respect for the incomparable heroism in fulfilling the duty of saving the lives of many citizens. For his sublime self-sacrifice, with which he entered our hearts, as an example of heroism and humanism”.

Heroic acts are always impressive but in today’s reality, this action comes at a time when everybody struggles for something that is not directed at caring for another. The country is on the verge of new elections and the political parties for months are running towards victory. The electoral campaigns very often go beyond civic norms by conveying personal comments and insults.
Companies close to the government rush to secure advantages including tender, even individuals rushing to success at any cost. In all these cases, the damage caused in the society is not taken into account. This kind of run was not stopped even by the pandemic, which made us learn that caring for others is more important than money and success. In this epoch of consumerism, the concept of responsibility and altruism were weakened and went almost extinct. This contributed for Arjan to be categorized as a hero among us and among the citizens.

Certainly that such a reaction that resulted in self-sacrifice is not accidental. Anybody who has thought about the concept has understood that he was educated in such a way.
The public appearances of his family have confirmed this. His uncle and his brother introduced us to a very simple and humble family with a lot of values. A model that we unfortunately do not see very often on television or online media, so that is why we are all impressed by the boy who did not think for himself but for others during danger. Arjan Sala, now is the hero that we all needed. We needed someone to light our path in social responsibility. He was born and grew up in the outskirts of Tirana and he became popular through this deed that overcomes national dimensions. His sacrifice, that reached the point of self-sacrifice, makes him a global hero of today’s society.