Adnan Osmanagić, Sarajevo: How to unite the independent media scene

Adnan Osmanagić, Sarajevo: How to unite the independent media scene

The only viable solution is an enlargement of the independent media scene. Otherwise, many small, unsustainable, yet professionally promising media outlets could disappear. 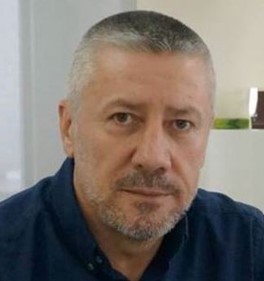 Official data suggests that in 2020 media outlets in Bosnia and Herzegovina achieved enviable results from a business perspective, given the circumstances – they performed slightly worse than in record 2019. Forecasts for this year are favourable; total media revenue in BiH is predicted to return to pre-pandemic levels.

Although these numbers look very good given the circumstances in Bosnia and Herzegovina, a slightly deeper analysis shows the real economic picture of the media community in the country.

Out of the 122 million euro income just three national outlets earned 52 million euros, and public broadcasters along with other state budget beneficiaries generated a huge sum of 80 million euros, a staggering 65% of the total revenue of the top 40 media outlets in BiH.

If the advertising industry and market, according to the estimates of relevant agencies, is worth around 75 million euros and the largest slice of that cake is taken by the 40 largest outlets, with a significant portion of those on various state budgets or supported by other, mostly party structures, then it is not difficult to conclude that the vast majority of outlets, especially independent media, do not have the opportunity to achieve necessary and stable income.

Obtaining necessary financial resources is often an unsolvable problem for most media outlets in Bosnia and Herzegovina. First of all, we have to have an audience because only if we have enough listeners, viewers and readers do we have a chance to reach advertisers. We often ignore this fact and think that advertisers are interested in our program or content. But, we create programs and content for our audience, not advertisers. We certainly must provide relevant evidence of our reach.

Verbal assurances that we are the best, the most listened to, the most read or the most watched outlet is not the best way to go about it. There are independent mechanisms and agencies for measuring our real audience reach.

Another major problem for the sustainability of independent media is a lack of adequate business infrastructure. Most independent media outlets in BiH were founded and run by journalists. These people are professionals, people of program and content. They are usually not managers and that is a serious handicap. A modern and successful media house has to function as a company. High quality solutions at management, marketing and promotion levels are a condition without which independent media has no perspective.

If we manage to create good program or content, reach a sufficiently large audience, and manage to establish an appropriate business structure, our chances of success become more realistic. These are conditions without which it is simply impossible.

It is absolutely clear that this large of a number of media outlets will not be able to reach an audience large enough, nor provide enough necessary high quality staff. The only viable solution is an enlargement of the independent media scene. Otherwise, many small, unsustainable, yet professionally promising media outlets could disappear. This would be an irreparable loss both for the independent media community and for society as a whole.

Adnan Osmanagić, General Manager of RSG Media Group, is one of the founders and former long-term President of the Association of Electronic Media of BiH – AEM, as well as a visiting professor at the Academy of Performing Arts in Sarajevo