Precisely because of Bosnia and Herzegovina’s past, the European stain, all relevant actors on the political and public scene need to remain united in countering new threats. 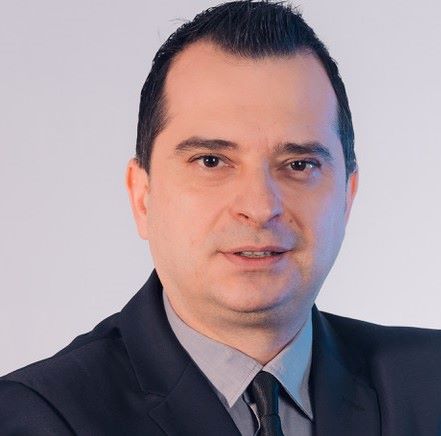 Scenes of tanks and armoured vehicles, artillery strikes on civilian high-rises, crying children in the arms of frightened mothers in basements, lines of refugees – it seems they can’t shake anyone outside of Ukraine up harder than those who experienced it and survived it, like the people of Bosnia and Herzegovina in the ‘90s.

Shortly after the Russian invasion of Ukraine, it became clear that violations of international conventions, humanitarian rules and United Nations laws, also violated countless times on Bosnian soil, were at play.

A similar overture that preceded the events in Ukraine is a relentless reminder of a time that will never be forgotten.

Surprise and disbelief after the attack on February 24, although talked about and even announced for months, resembled the astonishment on the faces of Sarajevo residents in May 1992, almost 30 years earlier, in the heart of the same Europe.

Today, mostly because of a deep understanding of the situation in which Ukrainians find themselves, there is strong solidarity in BiH, but this is overshadowed by fear that the war raging in Eastern Europe will not stay limited to that region.

The wounds here are too painful, even 30 years later, making it impossible to observe the events in Ukraine with the same eyes as those in Paris, London or Vienna …

The frictions in BiH’s domestic political scene are close to a boiling point, so Russia’s invasion of Ukraine has further fuelled old fears that its people will pay the price of naivety again, believing in announcements of support from the international community, which turned out to be empty promises.

Stories of divisions, classifications and positioning are at play again, stories that rarely end well here. Nobody likes to hear that effects of this war in its next stages will play a role in geopolitical changes and the structure of international relations, but above all will affect the future of Europe.

And for Bosnia and Herzegovina, the European Union and the Euro-Atlantic direction remain in the forefront, especially at a time when it is more than clear that there some who are ready to support the distancing of an independent country from its goal.

The war in Ukraine must not shake the aspirations of free states and its inhabitants. Therefore, Europe should urgently step up its enlargement process activities.

Precisely because of Bosnia and Herzegovina’s past, the European stain, all relevant actors on the political and public scene need to remain united in countering new threats.

Many of those who have led to the war in BiH, which makes us view events in Ukraine differently, are currently lying in their dungeons.

Can these prosecutions before the international courts of justice be a warning to those who are storming Mariupol, Kharkiv, Odessa, Kiev…?

In addition to condemnations, sanctions and the reception of refugees, a more decisive reaction from the EU, which not so long ago failed in BiH, is necessary,

Because this country, perhaps more than anyone else on European soil, wants this terrible story, which this time takes place in the 21st century before the eyes of Europe and the world, to end as soon as possible, as well as the fears that inevitably arise in the Balkans when the rattling of weapons turned into a bloody march.

Adis Deljković, editor of the foreign policy department of BHT1 and editor and host of the weekly show “Global”