All my cyber wars are purely defensive. Now, if sometimes we slightly overdo the necessary defense, God shall forgive – weaponizing the keyboard means accepting to die from the keyboard. 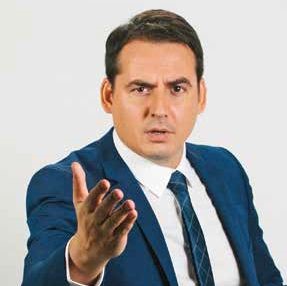 I am a frequent victim of cyber-attacks.

After my cyber defense, however, these cyber attackers mostly become my cyber victims.

I eat them for online breakfast, smear the keyboard with them for a cyber lunch, put them to bed for a Facebook dinner.

Where did you think you were headed with your dial-up of 10 gigabytes per second, are you crazy?!

Don’t you know better than to mess with a man who hasn’t lost any Internet discussion?

Because that’s what this week’s topic is about – cyber security, right?

The techniques of cyber defense and cyber counterattack on those who threaten my cyber security and cyber spiritual peace with their stupid messages and comments on social networks.

My God, I know how to waste time debating with people who annoy me. For example, when I have very important work to complete, I immediately interrupt it as soon as I see that the person I’m arguing with has responded, and I feverishly type my reply, which will throw my opponent into a knockout.

It is crucial for me to prove to as many people on the Internet that I am right and they are not.

It’s not an easy job, but someone has to do.

But please note that I never attack first.

All my cyber wars are purely defensive.

Now, if sometimes we slightly overdo the necessary defense, God shall forgive – weaponizing the keyboard means accepting to die from the keyboard.

These cyber anti-vaxxers are usually anti-immigration at the same time, so the debate usually starts with Corona (which doesn’t exist) and vaccines (which do not work), and slips into the mujahideen plans to collectively convert us to Islam, force women to wear headscarves, and us men to grow beards.

My wife would do better there, because she already has a few scarves, and I’d definitely not have a good time in this ‘Islamic State of Serbistan’

As my cyber opponents have no valid arguments against my burst of common sense, logic, and a pinch of sarcasm, they often resort to desperate cyber-attack techniques:

A cyber attacker recently wrote to me explaining Bill Gates’ plan to destroy 10 to 15 percent of the world’s population with vaccines, and that there even is a video of Gates saying that in front of thousands of people in a hall and in front of billions of people on YouTube.

For example, if I planned to kill one billion people (a few hundred million up or down), I would resort to one cunning criminal trick.

I wouldn’t announce my plan publicly!

Because if saying it publicly would mean my plan could easily reach Zika Lazic who sends the link on as a key piece of evidence, urging to look at what Bill Gates says from minute 4.

I wasn’t lazy, I clicked into it and from the fourth minute, the villain from Microsoft clearly and loudly utters ‘10 to 15 percent of the world’s population’.

The devil wouldn’t let me leave it at that – like it doesn’t let any of us Satanists, so I made a superhuman effort to watch Darth Vader’s speech from the beginning, so for 4 extra minutes.

It turned out that Bill Gates, surprisingly, did not talk about the plan to reduce the population at all, but about ways to reduce carbon dioxide emissions!

Meaning, the development of vaccines and health care would reduce excessive and unsustainable natural growth by 10-15 percent, and surprisingly it doesn’t mean that every tenth person you walk by on the street would drop dead from poisonous vaccines.

Zika Lazic admitted that he may have been wrong in that particular matter, with an emphasis on ‘maybe’ and not ‘wrong’, but also that, and I quote, ‘there is still a lot of evidence’.

And so, for the seventh day in a row, I’ve been waiting for lots more of Zika’s evidence and….

I’m sorry, it seems that something has just arrived to my Facebook, so I apologize to the readers on this occasion, because due to urgent work related to cyber security, I have to abruptly end this week’s column.

And you’re right, Zika is not crazy.