Athletes are to politicians a sort of corrective moral receipt on perishable goods bought under the counter. Proof that their political achievements are based on talent, hard work, persistent training and perfecting skills. 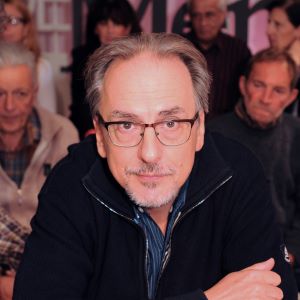 Before we answer the question about the need for any link between our athletes and our politics, some stats…

In its most recent analysis, the relatively reliable site ResearchAndMarkets.com estimates that the global sports market value will increase to $501.43 billion in 2022, from the $354.96 billion it was valued at in the past. Some less reliable sources estimate that this figure goes up to 700 billion. The world arms trade, for example, amounts to 531 billion euros.

From the production and purchase of sneakers, football trainers, jerseys and tracksuits, to the trade of those who wear them, plus from the tickets, advertisement and broadcasting rights – sports and everything around it makes up for, say, just under 1% of the world GDP. The whole of Australia accounts for 2%, the African continent 2.9%. Sportsmanship, right there.

So, if we are talking about athletes, we are actually talking about the most visible and therefore the most popular pieces of a huge industry. The most famous among them are our real-life Marvel heroes, whose superpowers are just a little more natural. Except when it comes to supernatural earning abilities: Le Bron James will have saved a supernatural 127 million dollars this year alone, Lionel Messi and Cristiano Ronaldo a little less. In order for the best athletes to earn money, they don’t even have to play sports – Roger Federer will earn 86 million euros in 2022 without even swinging his racket. Spider-Man and the Hulk have nothing on him.

And speaking of superpowers, there is one that is very important for the world we live in, and which is the most important basis for civilisational survival. Adherence to rules. Top athletes have the popularity they do due to the fact that we believe that none of those we admire become better than others thanks to connections and acquaintances, inheritance rights, party affiliation or corruption. In our mundane lives, in which the rest of us compete in one way or another, things are usually opposite to sports. Take politics as an example. In politics, someone gets to the top thanks to a bunch of previously put up posters, and in sports, posters are created only when you reach the top. And when it comes to the rules we mentioned above, in politics, the winner gets to create them.

Sports, the way they are, tend to be ideal as a perverse ethical complement to politics. People whose tangible money is based on tangible successes within the framework of tangible rules are born to help those whose situation is, generally  speaking, completely reversed. When we see athletes close to politicians, we are mostly looking at the life we could have lived but weren’t successful enough, standing next to the life we are living but should not be living.

Athletes are to politicians a sort of corrective moral receipt on perishable goods bought under the counter. Proof that their political achievements are based on talent, hard work, persistent training and perfecting skills.  Which may be true, except that the sport they play is the furthest it can be from fair play. And the trial often happens only at the end, not during the game.

In this vicinity of ours, as is the case with everything, there is an additional problem when it comes to sports: a lack of money. Therefore, the top athletes here are mostly exported and low-taxable goods, and those who stayed here have some strange characters cheering from them in an organised way –  legend has it that these guys also often trade other low-taxable goods. Politics is, as far as we can tell, at a safe distance. So why, then, are the top athletes here – sometimes the best athletes in the world – often close to local politicians who sometimes seem to be the worst ones in the world? The answer to this question, which we asked at the beginning, is the same one that may be valid for the whole world; only even more so in our regional vicinity. Short, clear and simple, after an in-depth analysis, the answer is:

We have no idea.