There is a long list of topics on which the so-called “ordinary people”  are called on for help or general solidarity, and, as a rule, this happens only when institutional stupidity and carelessness take on catastrophic social, economic and other proportions. 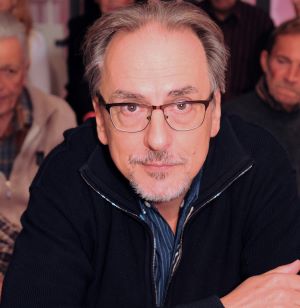 Before we all found ourselves in this situation, things could have been different.

For example, someone could have thought of how to prevent a war between a country that (for example) produces energy sources for the Planet and a country that (for example) produces food for the Planet. By preventing this, shortages and rising prices of food and energy would have been prevented at the same time, so this introductory column to this week’s topic would not even have been necessary.

And the topic is: how to save electricity, until the aforementioned war (invasion, aggression, however you call it…) is over; and until economic order is introduced in the tumults of crisis-profiteering greedy people, exalted by abnormal profits from this global accident. An added misfortune in this misfortune is that money earned lasts less and is worth less than before the start of this disgusting war. And it seems like the end is not in sight.

Saving electricity, then. Till further notice.

That’s what we’re talking about now.

Here are some suggestions.

For example, we can turn off the TV. Or our mobile phone, a computer, anything electrical that brings us news about the world we live in. And we can also use newspapers and magazines for kindling – thereby we will have completely and successfully solved the issue of information (meaning, propaganda), while simultaneously solving both the issue of saving electricity and the issue of improving heating.

Sound systems at political gatherings – from rallies and conventions to parliamentary debates – should not be turned on, as they consume much-needed electricity. Accumulators of official and state vehicles also have electricity in them, which can be used much more rationally, but the bourgeois drive here there and everywhere, mainly for the sake of daily allowance and bonuses. On foot, let’s go – it’s a crisis. And it’s healthy too.

The missing electrical energy can then be produced from hitherto unknown sources. For example, we can place solar panels in front of our leaders, who illuminate the historical darkness in which we find ourselves with their inexhaustible light. There is certainly some magnetism there, which attracts us to them and which can also create an electric current. And let’s not talk about the fact that this intellectual segment of our society is widely known for their daily “discoveries of hot water”, which in itself represent an extraordinary potential for creation of new energy. Iceland’s got nothing on us.

It already seems that the problem with the lack of electricity could be lesser than we think and fear. Significantly so.

Maybe they can get on our nerves, the circumstances that are related to both the saving of existing and the production of new energy. While the troops were piling up on the borders and the stakes were being raised in the game of global political poker – and on the topic of whose army is allowed to enter which country and whose is not allowed – nobody asked  the people anything – same people who now have to be cloaked in blankets in their own homes, unscrewing incredibly wasteful light bulbs. In the same way, no one asked anyone anything when the stock market was collapsing under the weight of crazy stock prices, nor when remedial measures against the pandemic were adopted, nor when money was printed without any meaning and cover… There is a long list of topics on which the so-called “ordinary people”  are called on for help or general solidarity, and, as a rule, this happens only when institutional stupidity and carelessness take on catastrophic social, economic and other proportions. Political proportions also, which are the biggest, if not the only, cause for the calls for savings and frugality. So, if you ask the author of these lines how to save electricity, the answer is – I have no idea, and maybe there is no need for it.

Let those up there manage, and let them find more power. They need it more. Because if darkness reigns, it will be quite clear who should be most afraid of a power outage.