The advertising blocks of our lives are becoming unbearably long, leaving no room for anything else – almost none for life itself 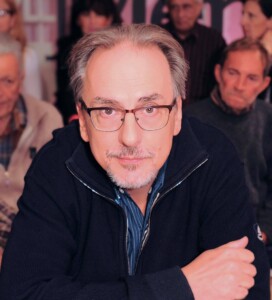 One of my favorite institutions of our social life is the red carpet. Film and media stars walk down, separated from journalists, photographers and screaming fans by pillars and a thick decorative cord. State officials also walk down the red path of the ’extraordinary’, separated by a uniformed orchestra, an honorary guard, and a flag from just about everything else.

Considering people’s inherent need to separate the ’sublime’ from the ’plebs’, this textile glorifier has a very long history. Google says that the red rug was first spread below the feet of King Agamemnon, in Aeschylus’ play of the same name. In Renaissance paintings, the red carpet was seen at the foot of the throne, and it had its first modern use in 1821, when it was stepped on by US President James Monroe.

These hypermodern times are primarily characterized by the fact that – with the help of new technologies – all our patterns of social behavior are being reshaped and renovated. And so, the world of digital media has made only a formal difference to the eternal and universal human ambition to be more prominent than others: to be seen, heard, listened to, and remembered better than other specimens of our kind. Being “seen” has never been the most recent, or the last item on the list of human desires. On the contrary.

Digital media, as means of extreme massification of whatever it is, have made everyone’s intention to be known to all of us – feasible. With adequate and considerable spending of free time, anyone can be a medium. And everyone can be someone who “influences” their audience. This results in millions of Style icons, Experts, Thinkers, distributors of various Knowledge, scatterers of all kinds of Narratives… And all of them make our reality look like a narrow Jerusalem alley, from Monty Python’s version of the history of Christ’s time. The alleys are overflowing with questionable Prophets who, in a kind of market manifestation, are trying to find their Flock as quickly as possible, until the End of the world reaches us. And it’s just around the corner.

In this modern competition in digital prophecy, some participants are more successful than others. Some of the more successful ones, thanks to the interesting content they offer to their digital Herd, as well as the number of Followers they attract in that way, hold the attractive Influencer title. So, under their invisible digital feet, the digital, also invisible, red carpet begins to unravel, separating them from the rest of us, uninfluencing mortals. The result of all this is that there are more and more of these carpets, more and more of those who are seen, and popularity has become so en masse that it is approaching the limits of what’s bearable.

It’s not easy remembering all you unforgettables!

Digital influencers and their media content undoubtedly reach many of us. Then: pop stars, artists, athletes, chefs, politicians (special kinds of chefs), and lately, doctors and quacks – these masses of people are an addition to a pile of things that try to influence us. And as part of the package, there is everything else that wants to profit from its fame: brands, products, services, ideologies, corporations, religions… And in that way, the advertising block of our lives becomes unbearably long, leaving no space for anything else – almost none for life itself. In this abundance of “Influencing”, the problem is no longer whether Influencers – digital, analog, for-profit or whatever – are more or less influential, but what other things have ceased to affect and touch us. Well, let’s list at least a part of it: education, knowledge, expertise, information, solidarity… There is a lot we no longer give space to on the red carpet, and who knows when this happened.

And this we can no longer influence.