A successful entrepreneur in our vicinity is the greatest miracle of all. He inhabits a post-socialist transitional culture that has created the expressions “he’s figured it out” and “what does he care“, which are verbalized admirations for “easy money“. 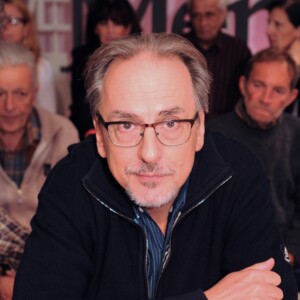 Perhaps the oldest joke of the modern world is the one about how Rockefeller earned his fortune. The joke says: he bought one apple, polished it and sold it more expensively, as it was polished. Then he did the same with two, three, four apples… The apples multiplied, until one day the older Rockefeller died and left a huge amount of money to the younger Rockefeller, who did all the apple polishing.

Entrepreneurs, our topic of the day, are actually Rockefellers in the making, with the exception that they don’t have a rich ancestor who expressed his emotions towards his younger offspring through a will. At some point, if enough money is ever accumulated through real entrepreneurship, entrepreneurs also become capitalists. But then economic romance becomes a cruel business, which we will not deal with here. So we’ll get back to the topic.

An entrepreneur, then. A wallet fairy tale that sometimes comes true. A miracle.

The reason why Yours Truly never considered economics to fully be a science is that it, in one of its aspects, refers to the unpredictable, the irrational. If that weren’t the case, there would be a department for enrichment at the Faculty of Economics, and faster and fastest methods of making big money could be learned in master’s and doctoral studies. Doctors of economics would also be the richest people in the world, and not Elon Musk, who provokes such an intense reaction from his fanatical followers by – adopting a dog – that the already meaningless Dogcoin jumps in value on cryptocurrency exchanges. That is to say, there is no recipe or method for economic success, but there is something else. There is entrepreneurship, of course, but it also consists of a hundred miracles.

Entrepreneurs are people who, above all, need to be three times lucky. The first luck refers to the fact that you should have the right idea at the right time, the second that you should be born with the talent to come up with an idea and the energy to “make it happen”. The third charm is the greatest, and that is that there are not too many people who would look to take over your business when it becomes lucrative. Or take a part of it. Those who ask nothing of you are called competition, and those who ask a lot are called racketeers. Among those making work more difficult are the state, embodied through taxes and contributions, as well as banks, embodied through small print and large interest rates and commissions. In that sense, a successful entrepreneur is the embodiment of a miracle, more than anything else.

And a successful entrepreneur in our vicinity is the greatest miracle of all. He inhabits a post-socialist transitional culture that has created the expressions “he’s figured it out” and “what does he care”, which are verbalized admirations for “easy money”, and Rockefeller amounts of money at that. This without the obligation of someone’s death – at least no one within the closest family.

So in this vicinity, the entrepreneur is a social anomaly who would like to work, both on their own and employ people to do the work, to achieve what everyone in the else in the vicinity normally achieves by “figuring it out”. And the entrepreneur also cares, which is unacceptable. Even somewhat worrying.

The economic phenomenon of entrepreneurship in our region,  one requiring miracle-level luck, is based on one characteristic of an entrepreneur, which, in itself, represents an even greater miracle. Namely, the entrepreneur does something. They undertake, and do anything, sometimes even something concrete. And in our vicinity – where few (meaning no one) do anything about the disappearance of the state, rights, security, money, health and consequently reason, anything really – this is the rarest thing of all. Entrepreneurs are more than themselves, without even knowing it: they are Undertakers. A species whose mere survival is the greatest miracle of all the miracles you have read about today. And whom we still admire in wonder, and at the same time show the greatest respect.