According to the World Health Organisation, approximately 13,500 lives are lost due to air pollution only in the Western Balkans. Every year. 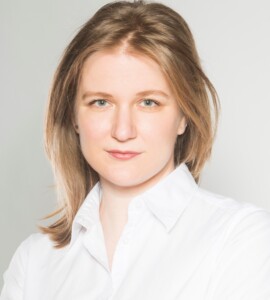 Air knows no borders. We are all in this together.

Each winter, our region’s capitals figure prominently and regularly among the global top 10 lists of the most polluted cities. The situation in smaller cities, unlisted in these international rankings, is often even worse. Overall, the entire region lives under a toxic cloud, one that we pass around among each other and with neighbouring EU member states, depending on which way the wind blows.

Thanks to some initiatives which began raising awareness on this issue some years ago, air pollution has become a relevant topic in most of the countries. Still, its consequences on our health are apparently not common enough, as it does not seem to figure among the main political priorities in the region.

According to the World Health Organisation, approximately 13,500 lives are lost due to air pollution only in the Western Balkans. Every year.

Only an informed person can engage in a joint struggle for clean air in their neighbourhood, village and city. The expected effects of climate change will further aggravate the current situation. Over the next couple of months, we will address topics such as: air pollution and its effects on public health and increased mortality; consequences on fertility; pollution caused by industry and the big polluters; air quality and its correlation with the COVID-19 pandemic. Therefore, our “Balkans United for Clean Air” campaign aims to inform Western Balkan citizens on the causes and consequences of air pollution and about possible solutions.

The “Balkans United for Clean Air” campaign was initiated by the European Fund for the Balkans, in partnership with the Right to the City from Belgrade, Environmental and Territorial Management Institute from Tirana, Ekoforum from Zenica, Center for Ecology and Energy from Tuzla, Sbunker from Pristina, Air Care from Skopje, and OZON from Podgorica. Many others have already joined us.

The materials created during the campaign will be publicly available for further use and dissemination to all interested organisations, initiatives and citizens whom we invite to take active part.

Air pollution figures prominently in the recently signed Sofia Declaration. As part of the Berlin process, highest government representatives of Western Balkan states have signed the Green Agenda for the Western Balkans at last November’s Sofia Summit. Among its 5 pillars, which include achieving carbon neutrality by 2050, the fourth one is dedicated to fighting air pollution. The Green Agenda is challenging, particularly for countries from our region, with their overreliance on coal and even plans for the construction of new coal-fired power plants. It will be expensive, but the EU has expressed its commitment to support it by means of various financial instruments.

We have witnessed the existence of regional solidarity and compassion. Recent floods, earthquakes and the current pandemic have proven it on numerous occasions. We must find ways to finally translate this expressed solidarity into normal, disaster-free times. We need to realise that despite all conflicting narratives and borders, we share the same problems, and that we would perhaps be able to solve them easier if we did it together.

This is a campaign from all of us, for all of us.